Home Blog Car Talk Which Generation Takes Better Care Of Their Cars?
Get a Quote Sign In
Car Talk 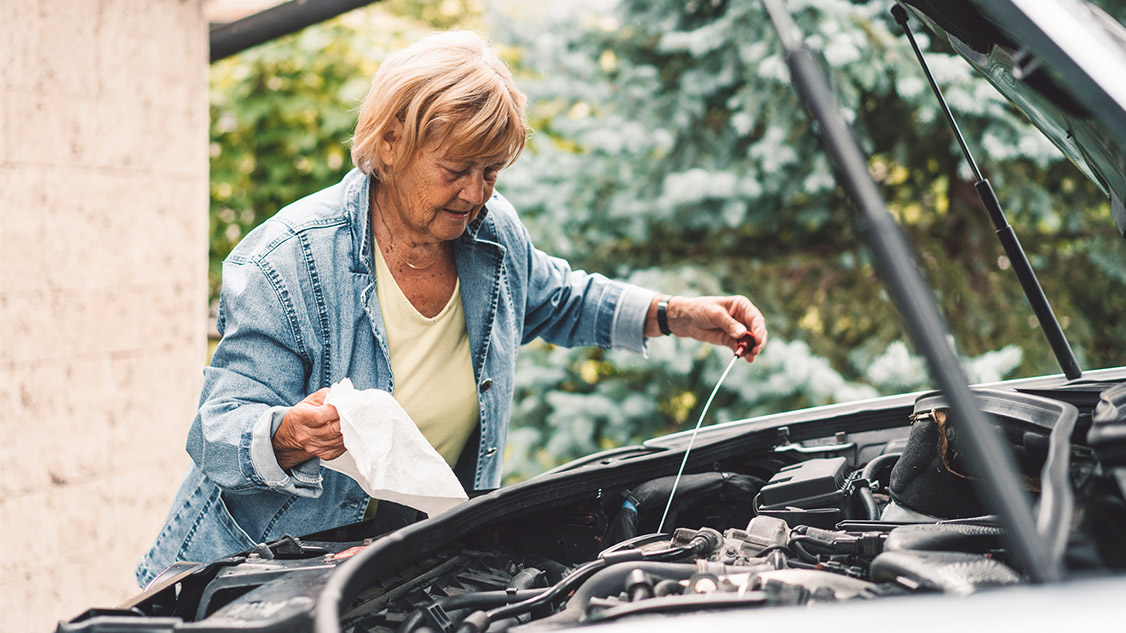 Unfortunately, cars are unable to magically take care of themselves, requiring constant monitoring, regular trips to the mechanic for maintenance, and occasional repairs. You might assume you take pretty good care of your car, but how do you measure up against your parents?  And who spends more money on car repairs? The generation who grew up working on simple carbureted V8 muscle cars? Or the generation with better access to technology and tutorial videos?

As you can see, it’s not such a straightforward question to answer. We’ve analyzed the data and outlined the reasons behind it and the results might surprise you (they surprised us)!

How Much Are Millennials Spending On Car Repairs Compared To Boomers?

Before we get into the really juicy stuff, we need to take a brief look at the raw data.

According to a survey conducted by Ally Financial, the average amount each generation spent over the last five years is as follows:

At first glance, it’s surprising to see that Gen Z and Gen X spent a similar amount, but Gen Y seems to have figured out a way to cut repair and maintenance costs. What do they know that the other generations haven’t figured out? To answer that question, we need to dive a little deeper, starting with the latest technological innovations that are shaping the automotive industry.

How Technology Has Shaped An Entire Generation Of Car Owners

Sales figures reveal that millennials are buying fewer cars than any generation before them. Even more alarming, more of them are making their way through life without obtaining a driver’s license.

This is a stark contrast to previous generations for whom getting your license was an important rite of passage and a sign you were independent and beginning the journey of adulthood. This is coupled with a complete shift in how a generation uses their cars. With the rise of on-demand services, vehicles are being used commercially in ways that are shaping a new automotive generation.

Ridesharing is essentially a modern take on hitch-hiking, and no matter where you are in the world, you can use technology to help get you where you want to be. Some applications let you select your taxi of choice, allowing you to cruise around in absolute luxury, in cars that would be out of most people’s reach. Others allow you to drop your location and intended destination and get rides with approved travelers happy to lend a hand.

For the truly short on time, on-demand delivery services have been a game-changer, and the rise of food delivery has been the latest service to see an explosion in popularity and growth. Nowadays you can get virtually anything delivered – even a brand new car! Delivery services are nothing new but the growth of the gig-based economy has made it easy for people to earn some extra cash by providing services that allow others to free up valuable time.

If you thought having a mechanic come to your home or workplace was pretty neat (and we think it is too) then you’re going to love what the future has in store. Cars are becoming more software-based which will eventually give automotive repair centers the ability to diagnose and repair your car over the internet. We may be a while off from that being commonplace, but eventually, it could become the norm.

Why Is Gen Z Paying So Much If They’re Using Their Cars Less?

That’s a great question with a lot of different factors we need to consider before we can give you an answer. Firstly, Gen Z is more likely to buy a used car for their first (or second or third) car. If you’re not mechanically minded, buying a used car can seem a bit like playing automotive Russian Roulette.

According to a study done by J.D. Power, when Gen Z is buying cars they are choosing compact vehicles and midsize sedans at a time when car manufacturers are focused on developing new SUVs and pickups. And despite higher accessibility to ridesharing and public transport than generations before them, according to a survey conducted by Autotrader.com, 92% of them are still planning on owning a vehicle during their lifetime.

Generation Z also tends to favor other factors over reliability such as affordability and fuel economy, with technology and style being other important considerations for this generation. A large number of Gen Zers have other priorities like managing student debt or buying their first home which often leads to some questionable automotive purchases that end up costing more in repairs and maintenance than a new car might.

Why Do Millennials Pay Less For Repairs Than Generation X And Z?

As we can see, the trend of car repair costs by generation largely follows a predictable pattern until it gets to Generation Y – so, what makes them so unique when it comes to car repair?

A large number of millennials grew up in ‘the perfect storm’ for learning how to repair cars themselves. As they were coming into adulthood, the global financial crisis hit, people lost their jobs, and household budgets were cut virtually overnight. As this was happening, the rise of YouTube meant that for the first time, tutorials and how-to videos were widely accessible to everyone.

No matter what make or model car you had, or what you were attempting to repair, it was almost a given that someone else has filmed an instructional video that anyone with internet access could watch. This has given Millennials the knowledge and confidence to tackle small-to-medium-sized repair and maintenance jobs themselves.

With an internet connection and a few basic tools, jobs such as an oil change, brake pads replacement, or fuel filter replacement could be done by practically anyone with the ability to learn. Autopartswarehouse.com carried out a survey amongst its customers and found they were able to save on average, $1,000 every year by embracing a DIY attitude.

What Are Baby Boomers Doing Right?

Baby Boomers are generally blessed with an overall positive mental attitude. They lived the carefree days when personal safety didn’t need to be at the forefront of their minds. They saw man land on the moon. Overall, they tend to harbor an ‘anything is possible’ attitude.

They were born into economic prosperity and perhaps made buying new cars a habit. The cars they bought were mechanically quite simple compared to today’s vehicles which are packed full of complicated technology. Cars they may have owned include legendary vintage and muscle cars like the Ford Mustang and Chevrolet Camaro. Quite a departure from today’s generation who would typically buy a Honda Civic or Volkswagen Golf as their first car.

Although Boomers preferred simple cars in the past, most of them have since shown a preference for crossover SUVs. A lifetime of sensible financial management means they can easily afford to buy new cars.

Baby Boomers also don’t exhibit the risky driving behavior that younger generations might do, meaning repair bills are smaller, and the cars, although more expensive, are better maintained.

And What About Generation X?

Automotive brands have traditionally focused their marketing on Generation X as they’ve hit their stride professionally. This period of high earning makes them the prime target for luxury brands, which, coincidently, typically have the highest maintenance and repair costs.

Some brands, such as BMW and Mercedes can cost an average of between $12,000 – $18,000 over a period of 10 years compared to Toyota or Honda who has a 10-year average maintenance cost of $5,500 – $7,500. These high-end cars feature more technology than a millennials first car might, which can drive up the cost of repairs.

What Are The Most Common Car Repairs?

So far, we’ve talked about car repair and maintenance, and when you think of this you probably think of repairs typically done by a mechanic. Shockingly though, most of the money spent on car repair goes towards repairing accident damage with over 6 million automotive accidents in the USA each year.

The trend of accidents per age group follows pretty much what you would expect, with 16-17-year-olds having accidents at over twice the rate of any other generation. The rate of accidents per 100 million miles driven continues in a downward trend from 18-19-year olds until 70-79 when it begins to climb again. This is almost entirely due to experience and a correlation of risky driving behavior and age.

Accident repair aside, the most common types of car repair we see are:

None of these repairs are particularly difficult to do, and depending on the cost of parts, it wouldn’t be very expensive either. However, these are the type of repairs that are more common in cars that are over 10 years old, which supports the data we presented at the beginning of this article.

So, What Does It All Mean?

Ultimately, there is not a clear winner when attempting to answer the question: which generation takes better care of their cars? However, there are some important lessons to be learned.

By using technology to your advantage, you can significantly reduce your annual maintenance and repair costs. And if you are in the position to do so, learning the basics of mechanics and some simple DIY jobs can reduce your annual repair bill further.

Finally, when buying a second-hand vehicle, it pays to get a mechanic that you trust to look it over – even if you have to pay for this service, it could potentially save you tens of thousands of dollars in the long term.