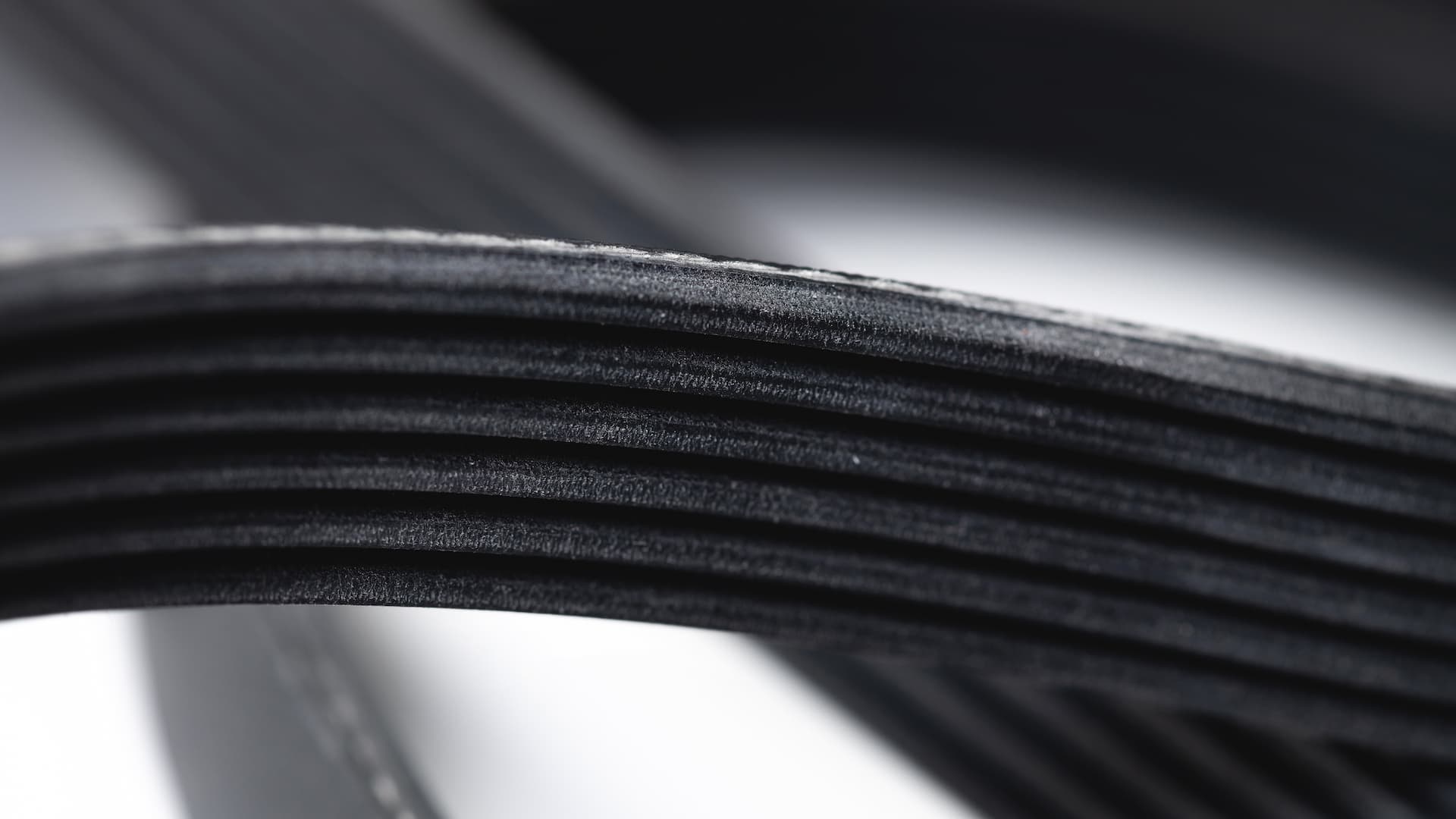 If you get confused between a serpentine belt and a timing belt, you’re not alone.

These two belts within the engine bay are vital to your car’s performance. So, it’s easy to mix up details like what they do or where they’re located.

In this article, we’ll explore the key differences between a serpentine belt vs timing belt. We’ll also cover symptoms of failure, replacement costs, and other related questions.

Here are the five main differences between the serpentine belt and the timing belt:

The serpentine belt (also called drive belt, fan belt, or accessory belt) transfers power from the crankshaft to the engine accessories. These accessories include the:

On the other hand, the timing belt keeps the crankshaft and camshaft in sync. It maintains the ignition timing by ensuring that the engine valves (intake and exhaust valves) move in time with the pistons.

The serpentine belt is located in front of the engine block, while a timing belt will be behind the engine under the timing cover.

The serpentine belt is easily visible when you pop the hood. It winds around several mechanisms in front of the engine.

However, the timing belt isn’t easily visible, and it takes significant effort to access it.

Although both serpentine belts and timing belts are rubber, they’re made from different materials.

A serpentine belt is typically made of polymer-based rubber. It’s soft and elastic on the outside, allowing it to coil around the crankshaft pulley as well as accessories in the engine bay.

Conversely, the timing belt is made of neoprene or fiberglass-reinforced rubber. It’s built to stretch as well as withstand extreme heat and oil or coolant contamination.

The serpentine and timing belt have specific grooves that can help you tell them apart.

A serpentine belt typically has v-shaped grooves on the interior side, which run vertically along the length of the belt to provide better traction. On the other hand, a timing belt has horizontal grooves (like teeth) that fit the cogwheels of the crankshaft and camshaft.

5. How Easy They’re To Replace

The serpentine belt and timing belt need to be replaced after about 60,000 to 100,000 miles (check the owners manual for your specific vehicle.) However, the labor required for each is widely different.

A serpentine belt is easily accessible, so its replacement can take around 15 minutes to one hour. But a timing belt replacement requires the total disassembly of the engine. This can include the alternator, engine mount, timing cover, and other engine components, which can take around four to eight hours.

Let’s explore when you may need to replace a timing belt or serpentine belt.

What Are The Symptoms Of A Bad Serpentine Belt Or Timing Belt?

Here’s how to tell whether you have a failing serpentine or timing belt:

Signs of timing belt failure include:

These warning signs aren’t always obvious indicators of belt failure. So, it’s best to stay on track with maintenance schedules and have the serpentine and timing belt inspected when getting any engine service.

Next, let’s look at how much money a timing and serpentine belt replacement could cost.

The difference in the effort and time required to repair or replace the belts is reflected in their price:

Avoiding these replacements or the scheduled maintenance can lead to engine damage that requires a far more expensive repair.

Now, let’s resolve other doubts you have about these belts.

6 FAQs About The Serpentine Belt And Timing Belt

Here are answers to questions you may have about timing and serpentine belts:

1. Is A Timing Chain Better Than A Timing Belt?

Modern vehicles may either have a timing belt or timing chain.

The timing chain is a metal chain that’s much sturdier than the timing belt, requiring fewer replacements. The thing is, it’s also more expensive to replace.

So, both a timing chain and belt have their pros and cons. Moreover, you probably won’t be able to change what the manufacturer used for your vehicle.

2. What Happens If The Drive Belt or Timing Belt Breaks While Driving?

If the timing belt breaks:

3. What’s The Difference Between A Serpentine Belt And An Alternator Belt?

An alternator belt is a drive belt used in older vehicles when automakers didn’t use the serpentine to power the alternator, fan, and air conditioning.

However, modern vehicles do not need an alternator belt as these accessories are now covered by a single belt — the serpentine belt.

4. Can I Start A Car Without A Serpentine Belt?

Yes, you can start a car without a serpentine belt if the car has fuel and a functional engine, battery, and starter. But you’ll only be able to use the car until the battery dies.

Without a serpentine belt, the battery won’t charge, and the car engine will overheat.

5. Can I Replace The Serpentine Belt Or Timing Belt Myself?

Yes, you could do either of the replacements yourself, but it isn’t recommended unless you have the required technical knowledge.

A serpentine belt replacement is relatively easy, but it needs to be done well so that the car engine runs smoothly. Plus, it’s a relatively inexpensive and quick repair, so you could easily leave it to a mechanic.

On the other hand, the timing belt replacement is complex and requires effort, time, specific tools, and various parts. Moreover, the installation must be proper to ensure perfect engine timing. So, it’s not recommended as a DIY project.

While the serpentine belt and timing belt usually last a long time, it’s possible for them to experience wear and need a replacement sooner than usual.

Following the manufacturer specified maintenance and checks should help preserve the safety of your vehicle. But if you have a bad serpentine or timing belt, it’s best to get it replaced immediately by a professional mobile mechanic like RepairSmith.

Contact us, and we’ll send our certified technicians to your doorstep, ready to address any issues you have!

Share this story:
RepairSmith RepairSmith is on a mission to deliver convenient auto repair everywhere. We make it easy for everyone to keep their vehicles reliable, by delivering quality auto repair and maintenance directly to your home or workplace, with effortless booking, transparent pricing, and trusted technicians.