How To Prevent Your Car From Overheating 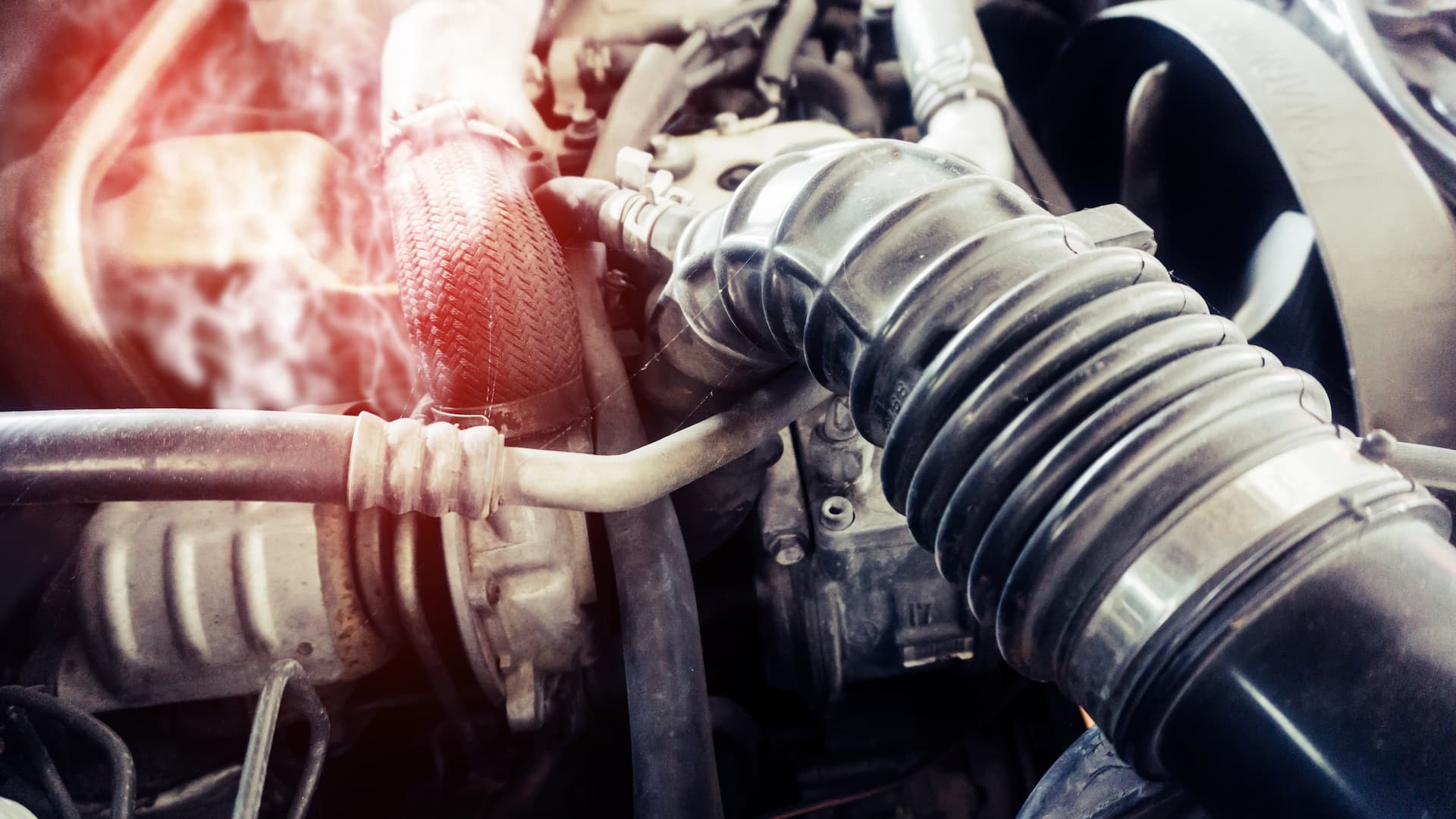 Summer is fast approaching and you may be planning ways to beat the heat already but what about your car? With rising temperatures putting extra stress on your engine, it’s more important than ever to make sure your cooling system is up to par to prevent your vehicle from overheating.

Why Does An Engine Generate Heat?

Before delving into how to prevent your car from overheating, it’s necessary to understand why an engine produces heat. But don’t worry, it’s a complex process that we’ve made easy to understand.

Some of the heat exits the engine through the exhaust valve. The remaining heat is absorbed by the engine, increasing its temperature.

If the heat isn’t removed, the engine will continue to get hotter and hotter until it overheats. Heat causes metal to expand, which, when the metal gets hot enough, damages engine components. Some common signs that an engine has overheated are a blown head gasket or a warped cylinder head. These are major, expensive, and time-consuming repairs so keeping an engine within normal operating temperature range and preventing it from overheating is crucial.

What Does The Cooling System Do?

A vehicle’s cooling system consists of several individual parts that work in conjunction to remove heat from the engine, keeping it cool.

When an engine starts, the water pump begins pumping liquid coolant through special cooling system channels that run around the engine block and cylinder head. As the coolant circulates, it absorbs heat from the engine that is produced during the combustion process.

From there, the coolant flows back towards the radiator inlet. Here, the thermostat determines the temperature of the coolant and regulates its flow into the radiator, where it loses heat rapidly before being circulated back around the engine again, repeating the cycle.

A fan ensures the radiator receives enough airflow when the car is stationary. Without this, the car would overheat when stopped at an intersection or being driven at low speed.

The cooling system also provides heat into the car interior when the heater is switched on, by way of a mini radiator that acts as a heat exchanger to warm the air.

What Causes a Car Engine to Overheat?

Some of the more common reasons we see that cause car engines to overheat include:

· Stuck Thermostat: Thermostats can get stuck in both the open and closed position, but when stuck closed, coolant can’t pass through it into the radiator, and hot coolant keeps getting circulated around the engine.

· Leaking or Burst Radiator Hose: When a cooling system develops a coolant leak, more often or not it’s due to a worn radiator hose. This gradual coolant loss causes the car’s temperature to rise as there is no longer enough coolant circulating around the engine to keep it cool. A burst hose will result in a sudden dump of engine coolant and the car’s temperature will rise quickly, usually triggering a warning light on the dashboard.

· Water Pump Failure: When a water pump fails, coolant isn’t being pumped around the engine, causing it to rapidly overheat. Water pumps fail because of worn bearings or cracked seals and can fail catastrophically or wear out over time.

· Failing Radiator Fan: Failing radiator fans will cause an engine to overheat when it is stationary, as the radiator is not receiving adequate airflow and cannot adequately cool the coolant passing through it.

Signs Your Engine Is Overheating

No matter what has caused an engine to overheat, the signs are similar. Knowing what the signs of an overheating engine are will allow you to identify the problem quickly, minimizing potential engine damage.

Some of the signs of an overheating engine are:

· Steam coming from under the hood: This could be a sign that you have a coolant leak in your engine’s cooling system, and that coolant is boiling and being converted to steam. We do not advise opening your hood if you notice steam as it can cause serious burns. Instead, the car should be switched off immediately and allowed to cool down before any further action is taken.

· Coolant leaking under the car: Notice a puddle of colored fluid on the ground underneath your vehicle? It is possibly a coolant leak. This is not to be confused with a puddle of clear water under the car. Water is usually condensation from the air conditioner and not cause for alarm. In the case of a coolant leak, provided the engine is cold, the coolant level can be checked by removing the radiator cap. Under no circumstances should the radiator cap be removed if the engine is warm or hot to the touch as injury can occur.

Can You Drive Your Car After It Overheats?

A car that’s overheating should not be driven under any circumstances. You may have read that it’s ok to just fill the radiator with water and drive it to a mechanic. However, if the cooling system isn’t working and the coolant isn’t circulating, this will do nothing to keep the engine cool. This kind of practice was commonplace before mobile mechanics were a thing and there was no other choice but to somehow get your car to a shop.

If your car has overheated, the engine should be switched off immediately and the interior heater can be turned on to help draw heat away from the engine. Park your car in a safe place and notify a trusted mobile mechanic or roadside assistance service.

You should not attempt to access the radiator or hood as the cooling system will still be under pressure with coolant that is near-boiling. This can cause serious burns. Driving a car that is in this condition will only make the problem worse and puts your car at risk of serious engine damage.

How Much Does It Cost to Fix a Car That Overheats?

Cooling system repairs generally aren’t expensive and failure of major components is rare. We find that it’s typically small wear-and-tear items that fail and cause an engine to overheat. You can decrease the chance of this happening by following your car manufacturer’s recommended service schedule which recommends replacement of cooling system components at specified intervals.

Costs will also vary depending on what type of car you drive and how readily available parts for your vehicle are. In most places, the coolant will need to be flushed and replaced as well, which should be factored into any estimate at an approximate cost of $100 – $200.

To give you a very rough idea of some of the common repairs we carry out, you could expect to pay the following:

In comparison, if an engine is allowed to seriously overheat and cause the head gasket to crack, you could be looking at a repair bill of $1300 plus, assuming the head hasn’t warped and there is no damage to pistons or valves.

Engine overheating is a serious issue if not addressed immediately. Regular maintenance and inspections by your preferred mobile mechanic will identify most cooling system problems before they happen and keep your engine happy and healthy throughout the summer heat.