How To Care For Your Car: Suspension System 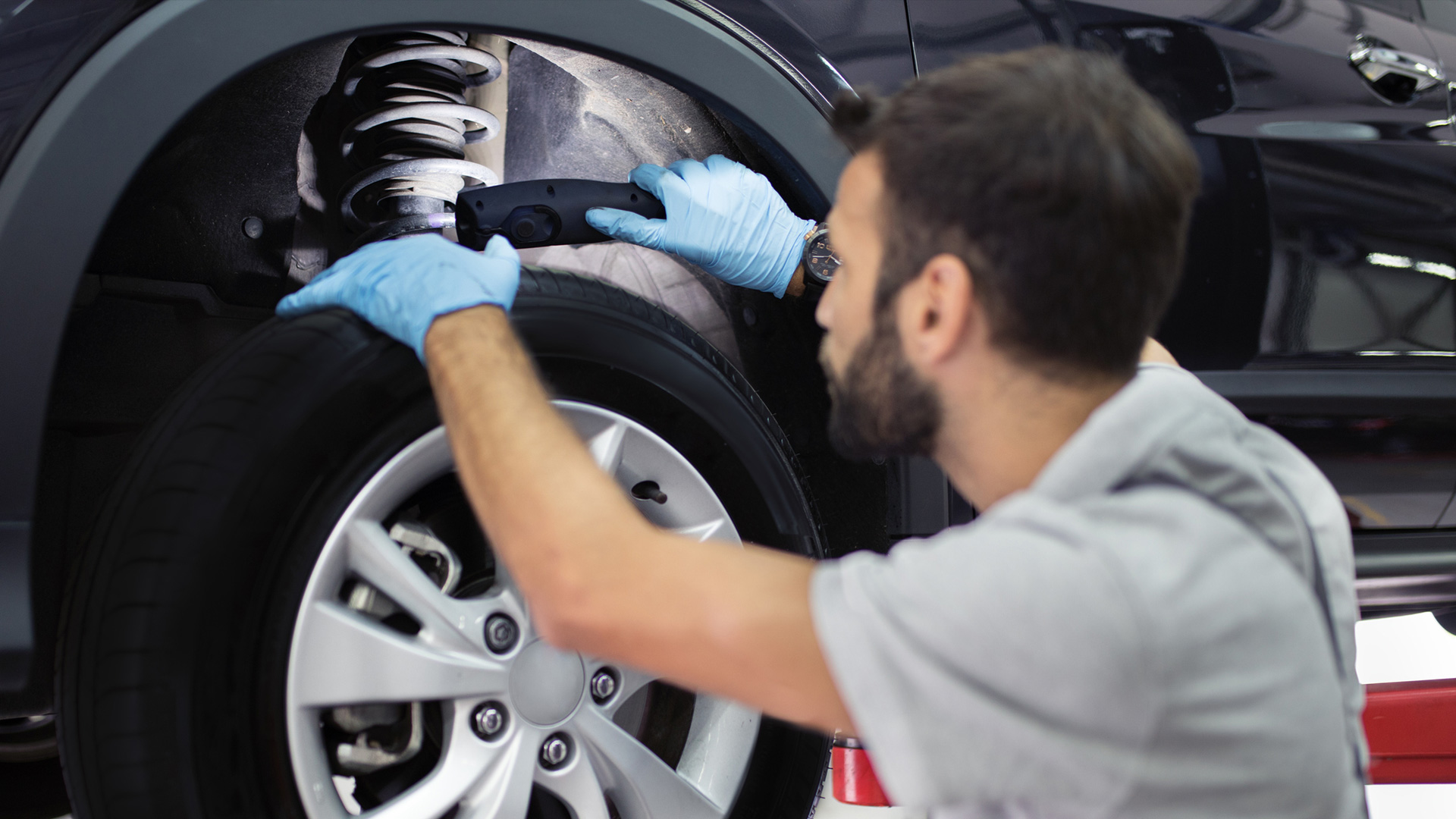 What are struts and shocks?

Struts and shock absorbers are the parts of a vehicle’s suspension system that, at the most basic level, keep the vehicle from bouncing and provide damping over bumps and uneven terrain. Both are filled with oil or gas that is compressed inside when the vehicle travels over rough roads. The role of shock absorbers ends there. However, struts serve another function: vehicle structure and support. The most common and efficient type of strut is a coil-over-strut, where the coil spring sits on a perch on the strut and is held in place by the top mount. In this type of setup, the strut provides damping, helps control the movement of the spring, and serves as a structural mounting point, ultimately connecting the wheel to the body of the vehicle.

How To Care For Your Car: Steering System

How To Take Care of Your Car: Brake Calipers

To DIY or Not To DIY: Brake Pads

Everything You Need To Know About Tires

Yes! Some vehicles have a shock absorber for each wheel (generally older vehicles, as well as trucks) while others have a strut for each wheel. Many modern vehicles utilize struts in the front and shocks in the rear. Struts provide a compact combination of structure and damping, so they are ideal for the front axle of a vehicle where there is not much extra space available. While all vehicles have either shocks or struts, some high-end and luxury vehicles have shocks and struts that utilize compressed air for leveling, additional damping, and ride height control. These air suspension systems are less common and more expensive to repair; they are generally found on higher-end German vehicles.

The most common cause of strut or shock failure is age and use. Over time, the seals inside will break down and allow leakage of the oil or gas inside. This leakage can occur internally or externally, so the part may not be visibly damp on the outside but can still have failed. A vehicle that spends most of its time on the highway will generally have its struts and/or shocks last longer than a vehicle that is driven more on city streets and stop-and-go traffic due to the amount of work the suspension must do in each type of driving. Less common causes of failure include rust (which can accelerate external leakage) and impact (such as a pothole, but a shock/strut that fails due to impact is usually already nearing the end of its life).

How will I know if a shock or strut needs to be replaced?

The driver of a vehicle may not notice any difference under normal driving conditions, but when a shock or strut is leaking excessive amounts of fluid, it should be replaced. However, sometimes a failed strut/shock can be very obvious and may present as severe bounciness or added harshness over bumps. There may also be uneven tire wear due to the worn suspension components. For the most part, it can be very difficult to detect a failed shock or strut because the deterioration of the part happens very slowly and steadily over time.

What if I don’t replace my struts or shocks when they fail?

Usually, worn struts and shocks don’t present the same dire safety concerns that a failed braking system would. However, there are still safety issues that can arise. Most common is overall poor handling in turns and over rough roads (in severe cases, this can cause complete loss of control of the vehicle). Another side effect is increased braking distances due to increased bounciness of the suspension. There will also be uneven tire wear, as the tire’s contact with the road is not as consistent as it is with a new shock or strut.

Replacement of shocks and struts can range from a fairly small repair bill to a major expense. If a vehicle has shock absorbers, replacement may cost around $300–400 for both sides. However, struts are usually be much more costly to replace. Each strut is a larger, more structurally integral part, and requires more extensive disassembly to remove and replace. The spring must be safely compressed and the top mount removed in order to replace the strut. Replacement of two struts can range from about $600 to upwards of $1200 depending on the vehicle.

First and foremost, it is recommended to replace both shocks or struts on an axle at the same time. For example, if the left front strut fails on a vehicle, both front struts should be replaced to ensure even handling and to prevent premature wear on the new component. Sometimes there are other components that are recommended to be replaced on a case-by-case basis; the most common example is the top strut mount (a rubber component with bearings that can wear out over time). Less commonly, the coil spring needs to be replaced with the struts (this is more prevalent in states where rust is a problem). Other accessory components such as sway bar links may need to be replaced when replacing struts, as sometimes they break during removal to access the strut (again, this is more common in states with rust issues). Lastly, while it is not a part to replace, sometimes an alignment should be done after replacing struts. On some vehicles, there are adjustments that are affected by replacing struts and an alignment should be done to prevent abnormal tire wear.

It sounds counter-intuitive, but replacing struts and shocks preventatively (or as soon as they fail) is usually the most cost-effective option. By replacing these parts in a timely manner, unnecessary wear on related components can be prevented. If failed struts/shocks are left on a vehicle, they can cause premature failure of other parts (usually in the form of tire wear, but also as brake wear due to increased braking distances). As with many other repairs, cheap parts can be used, but they often do not last as long as high quality name brand parts (such as KYB, Monroe, Bilstein, to name just a few). Installing the cheapest part may be less expensive at the time, but in the long run it can require more frequent replacement and may become the more expensive option.