How Much Rhodium Is In A Catalytic Converter? (+4 FAQs) 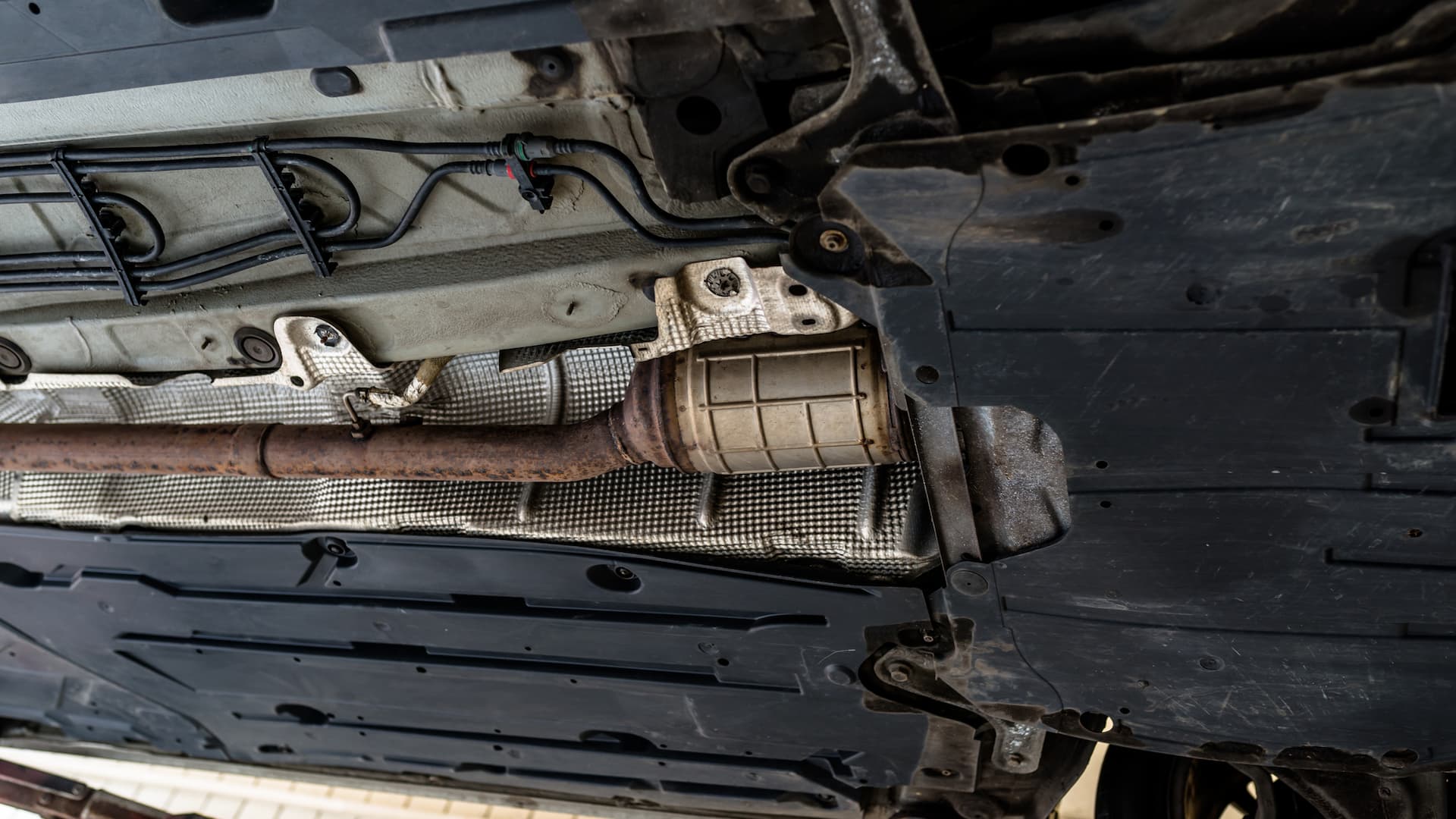 Ever wondered why catalytic converters make for good scrap selling or why thieves target them?
Well, it’s because of the precious metals a converter contains.

A catalytic converter uses precious metal catalysts, like platinum, rhodium, and palladium — members of the Platinum Group Metal (PGM). Out of the three, rhodium is the most expensive today.

Fret not!
In this article, we’ll discuss the amount of rhodium in a converter, its worth, function, why it’s so expensive, and some important FAQs — including how to secure your ‘CAT’ from theft.

How Much Rhodium Is in a Catalytic Converter?

However, the exact amount of valuable metal in individual catalytic converters depends on certain factors, like:

The amount of metal catalyst in a converter depends on the vehicle’s size:

An older catalytic converter contains more rhodium than a modern converter because rhodium was far cheaper in the past.

Over the years, rhodium supplies got limited and more expensive — causing manufacturers to use less rhodium in their catalytic converters.

More rhodium means a more efficient and expensive catalytic converter. And this can be why these cars are a high target for thieves.

Next, let’s discuss the price of rhodium in catalytic converters.

How Much Is the Rhodium in a Catalytic Converter Worth?

A scrap catalytic converter is priced between $300 and $1500, depending on its condition and the metal’s quality inside.

However, it’s best to sell a used converter immediately to get maximum value. Although rhodium lasts long, platinum and palladium in a scrap catalytic converter can lose their properties and corrode faster than rhodium — affecting your catalytic converter’s cost.

Why is rhodium so pricey?
Let’s find out.

What Makes Rhodium So Expensive?

The high price of rhodium is due to several reasons:

Rhodium is a rare precious metal found in only 0.0002% of Earth’s crust. It only occurs naturally with other rare platinum metals or by-products of metal ores.

Furthermore, only a few mining sites produce rhodium, with South Africa being the largest producer. Unfortunately, most South African mines closed during the pandemic, further reducing global rhodium supply and driving up prices.

The estimated global demand for rhodium in 2022 is 1.08 million ounces, with the automotive industry using more than 80%.

With strict emission restrictions placed worldwide, the demand for rhodium continues to rise as the need to produce emission efficient vehicles grow.

Being a transition metal and a Platinum Group Metal, rhodium has some unique properties:

Now that we know what makes rhodium costly, let’s look at why we use this expensive catalytic converter material.

Why Is Rhodium Used in Catalytic Converters?

Rhodium is used in a converter because it can withstand hot temperatures and corrosive gases found in the exhaust system, like sulfur dioxide and carbon monoxide.

This helps the metal work as a catalyst (with platinum and palladium) to convert harmful gasses and molecules like nitrogen oxide and hydrocarbon chains into environmentally safer compounds like nitrogen gas and water — leading to cleaner exhaust gas.

Next, it’s time to answer some FAQs!

4 FAQs about Rhodium and Catalytic Converters.

Here are some frequently asked questions to help you understand rhodium and catalytic converters better.

1. Can I Recycle Rhodium?

Yes!
Recycling rhodium from an old converter is possible, but don’t attempt to DIY it. The process involves corrosive substances and should only be done by professionals.

Instead, you can sell your old catalytic converters to a local demolishing store.

To get scrap rhodium, they’ll separate it from platinum, palladium, and any impurities. Once the whole process is complete, scrap rhodium metal can be used to make new catalytic converters.

2. What Are the Other Uses of Rhodium?

3. How Does a Catalytic Converter Work?

The average catalytic converter has two ceramic honeycomb structures lined with metal catalysts. These structures help to reduce harmful emissions from exhaust fumes into less harmful gasses in this way:

A diesel oxidation catalyst is a converter used by diesel engines. As diesel fuels contain traces of sulfur, the unburned hydrocarbons in the exhaust gas carry sulfur dioxide — a harmful gas.

4. How Do I Keep My Car’s Catalytic Converter Safe?

With recent precious metal theft incidents and arrests around the world, it’s understandable why you’d be concerned about your vehicle.

Here are some precautions you can take to prevent catalytic converter theft:

It might seem excessive, but prevention is always better than cure!

Plus, getting a replacement converter is expensive. So, if you need your catalytic converter looked at, it’s best to contact a trusted professional like Repairsmith!

RepairSmith provides mobile auto repair and mechanic services. Our mechanics are fully equipped with the necessary tools needed to get your automobile repair done.

All you need to do is book online for an appointment, and we’ll send our best mechanics to your driveway!