Why Is My Car Leaking Water? (Causes + Other Types Of Leaks) 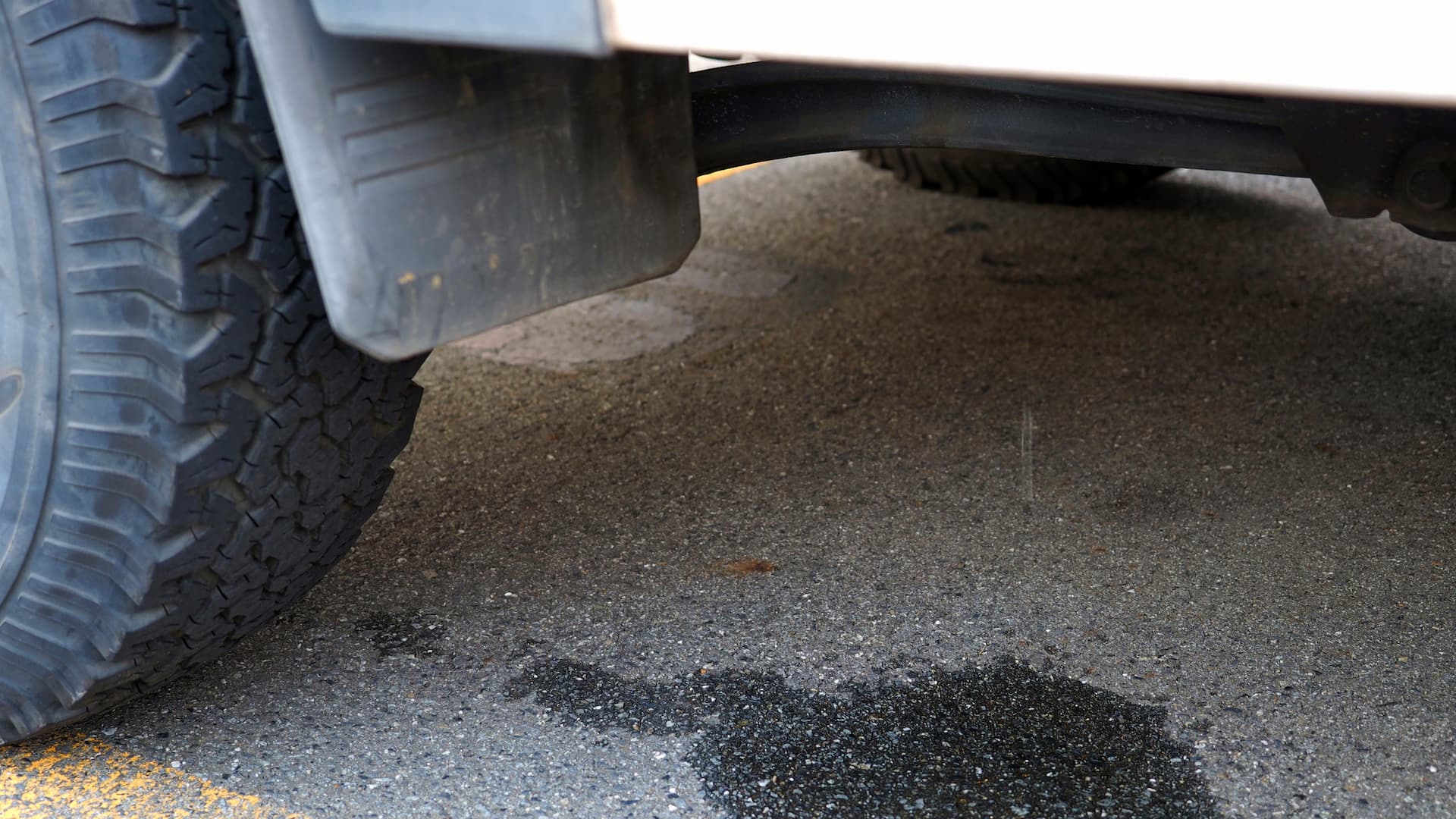 A car leaking water isn’t a normal occurrence unless it’s a small puddle of condensation during a hot day. It can be unsettling, to say the least, if it’s getting the floorboards inside your vehicle wet or if there’s water pooling in your driveway or garage.

But how serious is a water leak?

In this article, we’ll explore potential reasons behind a car leaking water and their seriousness. We’ll also show you how to identify if there’s another fluid leak, if you should be worried about it, and whether you can drive with it.

Why Is My Car Leaking Water?

Here are potential reasons for a car leaking water:

One of the common causes for a car leaking water is condensation from the air conditioning system. This is pretty normal if you’ve been driving on a warm summer day and not something to be concerned about.

However, leakage related to an air conditioner could also be due to a:

This could lead to a leak in your floorboards when the water has no way to reach the outside, like a drain clogged with debris.

Why does this matter?
If the leak is inside your car, you should have it checked as soon as possible. A clogged evaporator drain or hose could damage your car’s air conditioning.

If you notice water leaking under your car when it isn’t on, it’s mostly due to exhaust condensation.

Typically, the puddle of water will be around the exhaust pipe. It’s generally not a cause for concern unless it’s accompanied by heavy white smoke (or cloudy water droplets) from the exhaust pipe when the car’s running.

Why?
A large volume of white smoke can indicate that coolant is burning along with the air-fuel mixture. It could also imply that the head gasket is blown, which we’ll look at next.

If you have a blown head gasket, you’ll notice large amounts of water droplets escaping from the exhaust with heavy white smoke.

Water dripping into your car when it rains can mean you have damaged weatherstripping.

What’s weatherstripping?
Weatherstripping is the black rubber material that lines your car’s windows, windshield, and doors. It helps prevent rain and wind from getting in when you’re driving.

When rain can get into the cabin, it could cause issues like rust or mold growth.
And if the leak is coming through the windshield, the water may cause dashboard or trunk damage.

Like your windows and doors, water can also leak through your sunroof or moonroof if its weather stripping has degraded. However, there’s a sunroof tray to drain water that seeps past the sunroof.

But the water will leak into the cabin if you have a clogged drain.

Now that you know the reasons behind water dripping in or around your vehicle, let’s explore the seriousness of a car leak.

Should I Worry If My Car Is Leaking Water?

No, a car leaking water isn’t a major cause for concern.

Since water leaking is generally due to air conditioner and exhaust condensation or a damaged rubber seal, the issue won’t impact your vehicle’s performance.

However, it’s still good to have the car leak checked by a mechanic in case you have a clogged drain tube. Letting excess water collect in your car could cause other issues, like corrosion or mold.

But what if the leak isn’t water?

How To Know If The Liquid Isn’t Water

If the leak isn’t colorless, the issue could be serious.
Here’s what different color fluids could mean:

Tip: If you can’t tell the color easily, place white cardboard under the leak to observe the liquid.

These leaks can be more serious than just a water leak, especially when related to the transmission or cooling system.

So, let’s explore what you need to do when the leak is other fluid.

Should I Be Concerned If The Leak Isn’t Water?

Yes, you should.
A colored fluid leak can indicate a wide range of issues, which can lead to further damage to your vehicle if ignored.

These leaks could also indicate the possibility of faulty vehicle components, such as the heater core, water pump, and radiator. Plus, if your vehicle runs with low fluid levels, it could result in long-term damage and expose you to a higher risk of accidents — making it unsafe for you and others on the road.

That’s why it’s important to have a professional auto mechanic take a look at your vehicle and assess the issue as soon as possible.

Now, you’ll want to know the risks present if you have to drive with a fluid leak.
Let’s find out.

How Dangerous Is It To Drive With A Fluid Leak?

Here’s the thing — driving with a power steering fluid leak isn’t immediately dangerous. So, you can get your car to a mechanic. But ignoring it for extended periods could damage the power steering pump, and driving will get more dangerous because your steering wheel will become harder to turn.

However, driving with a brake fluid leak or antifreeze leak is extremely dangerous. Similarly, oil leaks can put cars at risk of catching fire and damage the rubber seal, hose, and other engine compartment parts. That’s why it’s best to call a mobile mechanic to you in such cases.

Water pooling in or around your car isn’t a major issue. Still, if the leak’s in the car, it’s best to resolve the problem to prevent avoidable water damage to your car. However, it’s a cause for concern if you notice a different fluid in the puddle.

Some leaks, especially a transmission fluid or coolant leak, can be extremely serious. These need to be addressed with urgency.

Not sure what type of leak you have?
Book an appointment with RepairSmith to have an expert mechanic address any leak, whether an engine coolant or antifreeze leak, right in your driveway.