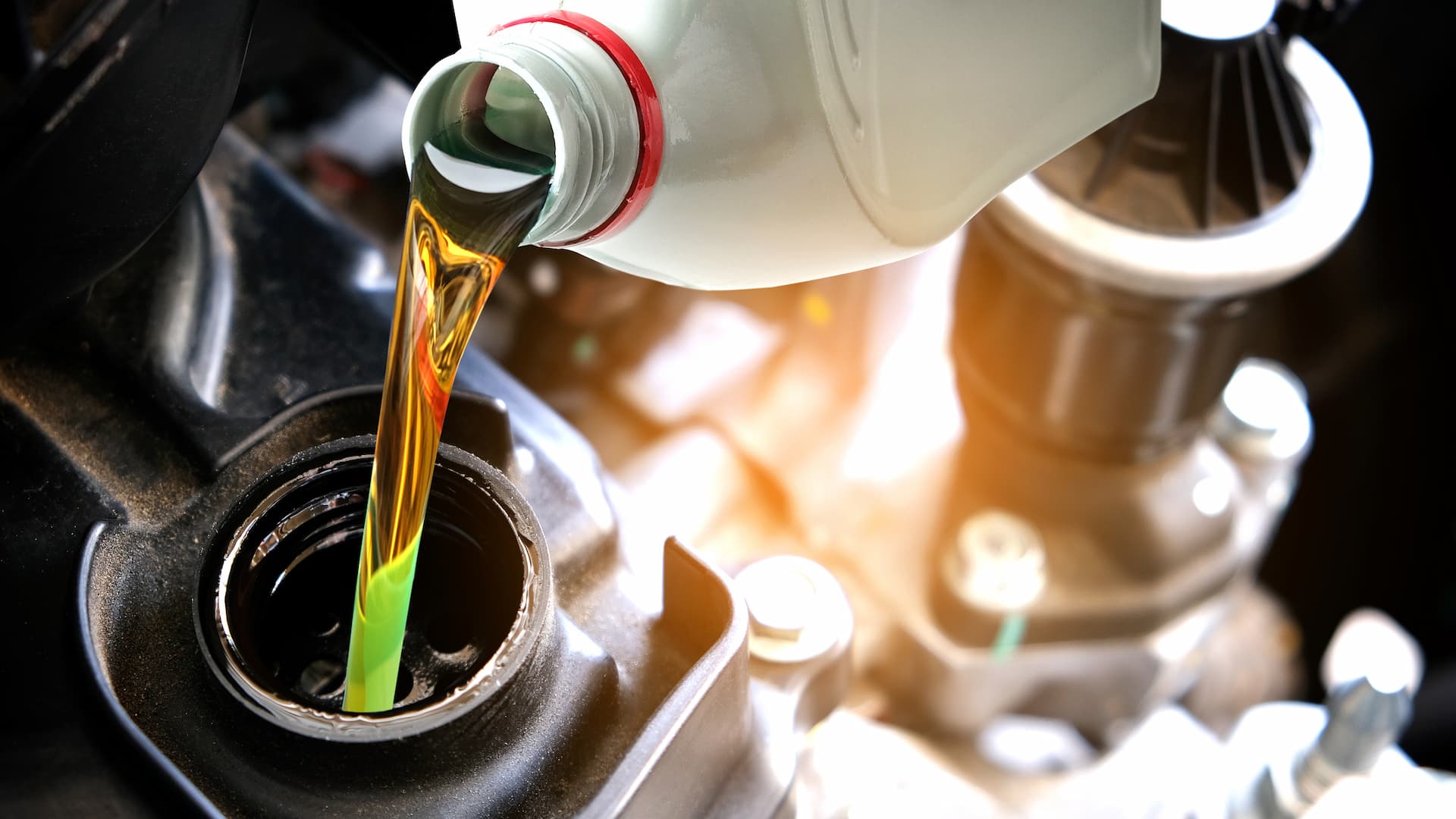 10W30 and 10w40 are very similar oils.
Both oils are flexible, multigrade oils that perform well in different temperature ranges.

With that said, surely there are some differences, right?

We’ll take a closer look at these two oils and see what they are and how they stack up against each other — including their usage in warm weather or high mileage engines. That way, you’ll have a better idea of which viscosity grade oil will suit your car.

The first grade is the number before the “W,” and the second one is after.

But what do these numbers represent, exactly?
Let’s dig a little deeper.

The first number represents the oil’s viscosity at a low temperature. Low temperatures are typically considered anything under 0oC (32oF).

This number is particularly important for vehicle startup when the engine is still cold, and the oil needs to flow quickly to lubricate it. The lower the number is, the thinner and more viscous the oil.

The second number (after the ‘W’) represents the oil’s viscosity at 100oC (212oF). This is often regarded as the engine’s operating temperature.

The higher the number, the more viscous or thicker, the oil is at higher temperatures.

10W40 oil has a higher viscosity, retaining more thickness than 10W30 as the temperature rises.

Next, let’s find out how these multi viscosity oils compare in application and performance.

The primary difference between 10W-30 and 10W-40 lies in their viscosity at higher temperatures.

Let’s see how each oil viscosity influences when and where you use them:

As we already know, 10W-30 and 10W-40 have the same oil viscosity at lower temperatures.

An oil type with a 10W winter rating won’t have problems in sub-zero ambient temperature, down to -30°C (-22°F). So cold starts shouldn’t be an issue with these two oils.

That said, the somewhat thinner 10W30 oil will perform better in colder climates.

In cold weather, engine oil only deals with engine heat as the cold temperature of the environment won’t add thermal stress. A low viscosity oil will move quicker through the engine to keep it lubricated and cool.

Additionally, if your engine has a lower running temperature, 10W-40 motor oil might be too thick. Its higher viscosity at running temperature can reduce engine effectiveness as it’ll need more energy to keep the engine operating.

10W30 oil and 10W40 perform the same at cold temperature startups.
However, 10W-40 engine oil is more viscous in hotter climates and has a better temperature spectrum.

Here’s the recommended ambient temperature range for each oil grade, in general:

So, if you drive in a warm climate — especially more than 32°C (90°F) — or have an engine that runs hotter than others, 10W-40 oil viscosity is a good option. This higher viscosity oil is designed for hotter temperatures and can handle the added heat stress from the environment.

That said, you can still use 10W-30 motor oil in warm weather. But be aware that as it’s a thinner oil, it might not lubricate engine parts as well as 10W-40 as temperatures continue to increase.

A thin oil flows faster through the engine, reducing drag, and requires less energy for your oil pump to push, so it’s more fuel-efficient.

However, you shouldn’t use this oil type for fuel economy if it’s unsuited to your vehicle or driving conditions. Consider engine longevity and pick the motor oil that’ll protect it best.

Multigrade oils like 10W-30 and 10W-40 contain polymers that speed up or slow down their thickening and thinning rates as temperature fluctuates. Some contain friction modifiers that help improve fuel economy by reducing friction, or detergents that keep the engine clean.

Both of these oil ratings are also available in purely conventional oil form or better-quality synthetic grades. While they’re very similar oils, there are still performance differences, especially between conventional and synthetic motor oil.

5. As An All-Purpose Option

The 10W30 engine oil is a versatile oil for most situations.

Its operating temperature range is more common than the 10W-40 viscosity grade. It handles cold starts well and is effective at reducing engine wear and tear on most light vehicles.

This multigrade oil is also widely available and less expensive, which makes maintaining a regular oil change easy and cost-effective.

In this case, the 10W-40 motor oil fits the bill nicely. This thicker oil is better equipped to deal with increased loads and keep protecting engine parts as temperatures rise compared to the lower viscosity 10W-30 oil.

The general consensus is that thicker oil is better for a high mileage engine, typically those that have clocked over 75,000 miles.

As oil passages in older engines wear down from friction and widen, a higher viscosity oil will, theoretically, lubricate the engine better. So, you’d think that switching to 10W-40 might be a better option for your older engine than 10W-30 motor oil.

But it really depends on how old your car is.

While this situation applies to older vehicles, it isn’t entirely accurate for modern engines (typically those produced in the last decade).

Improvements in machining, oil chemistry, and oil filter designs mean oil passages don’t wear down as much from friction. Burning oil will mostly come from aging seals instead of increased gaps between engine parts.

Using a thicker oil may not only add stress to the oil pump, increasing oil pressure, but also reduce sufficient circulation of the oil throughout the engine.

High mileage oil was developed to deal with seal issues in modern engines. So, instead of switching from 10W-30 to 10W-40 oil for your older engine, you may want to use a high mileage version of your 10W-30 motor oil.

Just like a passenger car, whether you use 10W-40 vs 10W-30 multi grade oil in your motorcycle depends on what temperatures you expect to be riding in.

The key difference between motorcycle oil and passenger car oil is what the engine oil protects.

A car has different fluids protecting key components, such as transmission fluid for gears. Motorcycle engines are smaller and share a common sump.

Motorcycle oil lubricates not only the engine but also the clutch and gearbox. Also, passenger car engine oils have friction modifiers which can lead to slipping and acceleration loss in a motorbike.

With that in mind, you’d probably want to get oils explicitly formulated for motorcycles with the correct oil grade.

There’s not much difference between 10W-30 and 10W-40 motor oil. What sets them apart has more to do with temperature fluctuations and engine load.

For moderate weather, either engine oil grades should work fine. Your choices will become more critical when you start getting into high-heat situations.

Whatever the case, always check your owner’s manual for engine oil recommendations. Keep an eye on your oil levels to make sure it’s always enough to lubricate your engine. And if you feel your engine needs to change oil type, consult with your mechanic.

As for mechanics, you can always rely on RepairSmith — whether it’s an oil filter or oil change, or any other car issue for that matter.

RepairSmith is a mobile auto maintenance and repair solution, available 7 days a week with an easy online booking process. Reach out to RepairSmith, and their ASE-certified mechanics will drop by to help you out any time!