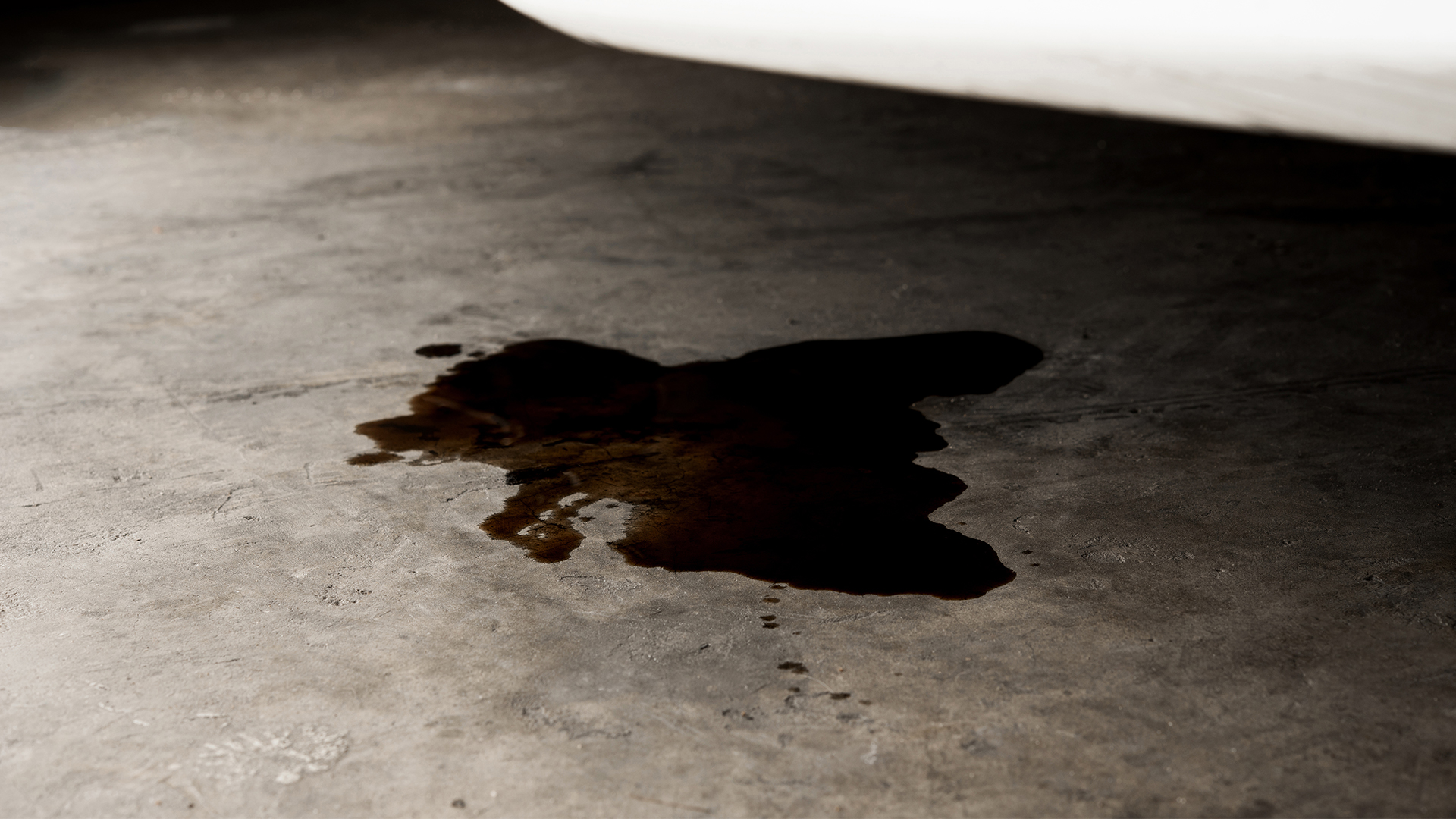 Engine oil is critical for lubricating and keeping the engine’s metal components free from dirt and debris.

So, if you have an engine oil leak, it’s not only messy but potentially catastrophic for your engine and personal safety.

This post will explore the top eight causes and five common signs of engine oil leaking from your car. We’ll also examine the severity, safety for driving, repair costs, common fixes, and other engine fluid leaks.

Let’s get this rolling.

Your car’s engine comprises several critical components that can cause a severe or small oil leak.

Here’s a comprehensive list of the most common causes:

Like the valve cover gasket and timing cover gasket, your vehicle also comprises several oil seals, like the crankshaft and camshaft seal, that keeps engine oil from spilling.

Eventually, these seals dry out, crack, or get damaged, causing a motor oil leak.

But here’s the thing: diagnosing a crankshaft or camshaft seal leak is tricky, so it’s best to consult a professional.

A damaged or incorrectly installed oil filter can cause an engine oil leak. So, check if the oil filter is loose or displaced, especially if you’ve noticed an oil leak after a recent oil change.

Moreover, since oil filters trap contaminants, your oil filter can get blocked with debris, resulting in an engine oil leak.

Pro tip: Replace your oil filter roughly every six months or after 5,000 to 10,000 kilometers.

While a loose oil drain plug is a common reason for an engine oil leak, it’s only likely to happen if you’ve fastened it by hand. In such a scenario, the oil drain plug may come undone while driving, resulting in an oil leak.

In contrast, over-tightening the oil drain plug could damage the threads, eventually resulting in an oil leak.

Since the oil pan sits underneath your vehicle, it can easily get damaged due to road debris, accidents, or hitting a speed bump.

Typically, a cracked or punctured oil pan will result in a significant leak, leaving big puddles of oil under your vehicle.

6. Excess Oil in Your Engine

Oil leaking from your car could happen due to an overflow of excess oil. It could also be due to an oil spill while getting an oil change.

When this happens, you’ll notice an oil puddle under your car, but the engine oil light on your dashboard won’t be lit up.

Engine oil contains several additives, like a cleansing detergent, anti-rust, and friction-reducing agents. So, if you don’t change your oil regularly, it can lead to a buildup of dust and debris, resulting in the oil turning thick.

Thicker oil adds pressure to the oil gasket seal, which may weaken the seal and result in oil leaks.

Additionally, the concentration of the additives tends to decline over time, making your engine parts more susceptible to corrosion and an oil leak.

Driving in extreme conditions, like high saline places or freezing temperatures, could also lead to an engine oil leak.

Why?
Salty conditions tend to corrode the metal components, resulting in more frequent engine oil leaks. And long drives or excessive acceleration in cold conditions can strain the gaskets, seals, and other engine components, reducing their durability and causing oil leakage.

Now we know what causes a car oil leak, let’s find out how we can prevent oil leaks from becoming catastrophic.

Here are five common signs of your car leaking oil:

How Serious is an Engine Oil Leak? 3 Critical Reasons

Though engine oil isn’t highly flammable, it can still cause fire and pose other major safety threats. Let’s take a look:

An engine oil leak leading to fire is rare (but possible). The average engine temperature ranges between 190-220 ℉, and engine oil ignites at 300-400 ℉.

However, driving with a low engine oil level could lead to a sudden spike in engine temperature, increasing the chances of engine oil burning.

Sometimes, a small leak could result in the engine oil level gradually dropping below the minimum mark.

If neglected, the engine’s rubber hose or seal could deteriorate prematurely due to the heat generated from the lack of lubrication or the debris accumulated. This can damage the car’s radiator and HVAC system (heating, ventilation, and cooling system) or lead to permanent engine damage.

Used engine oil contains toxic agents like lead, zinc, and arsenic shaved off the engine’s metal components. If this leaked oil gets absorbed into water or sewage systems, it could contaminate our waterways.

Let’s find out if you can still drive with an oil leak.

Can I Drive With an Engine Oil Leak?

It depends on the leak’s severity.

You can drive if you have a small leak but good oil levels. However, get the leak fixed ASAP. Also, consider bringing extra oil to top up if you have to go somewhere in an emergency.

However, avoid driving if you have severe oil leakage or your oil levels are below the minimum marker. If you keep the engine running despite low engine oil levels, you could face severe engine damage or permanent failure.

Wondering how to fix an engine oil leak?
Read on to find out.

How to Fix an Engine Oil Leak?

Fixing an engine oil leak is complex. However, here are some checks you can do yourself:

Before you contact a professional, let’s ensure you’ve got a fair idea of the estimated repair costs.

How Much Does it Cost to Fix an Engine Oil Leak?

Repairing engine oil leaks ranges from $100 to $2,000, sometimes even higher, depending on the severity of the oil leak, the type of vehicle, and labor costs.

The oil stain in your driveway could be other engine fluids too.
Here’s what you need to know:

What If the Leak Isn’t Engine Oil? 4 Other Types of Fluid Leaks

Engine oil leaks aren’t the only fluid leaks you could face. Here are four others you should know about:

While a small oil leak may not pose immediate concerns, it can be catastrophic if neglected. But diagnosing and fixing the issue is complicated, so it’s best to consult a reputable auto repair provider.

RepairSmith is a mobile auto repair service that you can easily book online. You also get upfront pricing and a 12-Month, 12,000-Mile warranty on all repairs.

Get in touch with us today for an engine oil leak or other repairs, and our expert mechanics will resolve the issue right from your driveway!