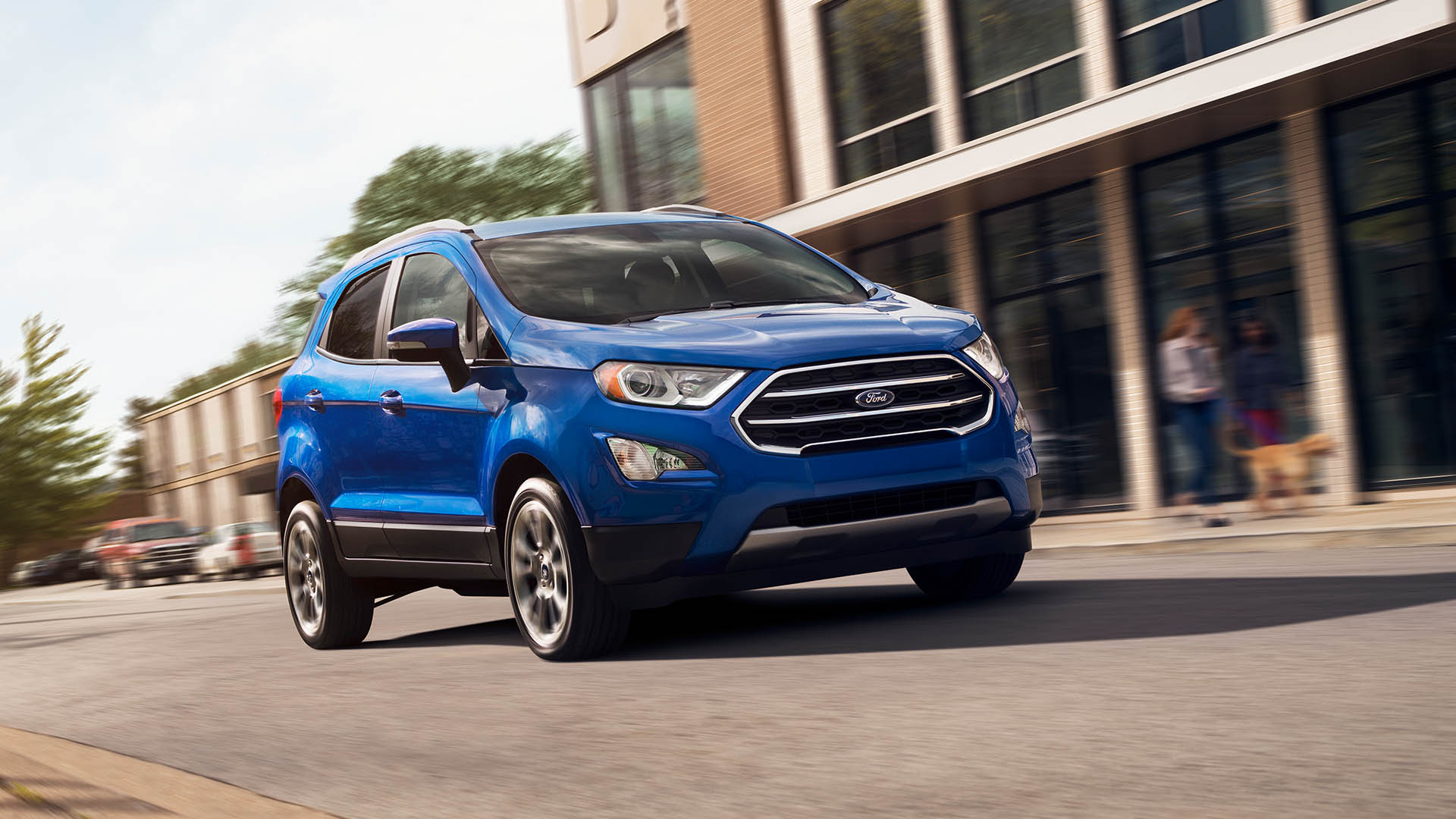 Ford has been making cars for almost 120 years. In that time they have produced around 1.68 million vehicles. To put it bluntly, they are arguably the most successful automotive company in the world. They may not have the same reputation for reliably as Toyota or Honda, but in recent years, that is changing.

At RepairSmith, our technicians maintain and repair a large variety of Ford vehicles each month. Whether it’s somebody’s first car, a commercial vehicle, an SUV, or even a high-performance sports car, Ford has a car to suit everyone. We’ve serviced thousands of Fords, and our experience has enabled us to compile a list of the most common repairs for each Ford model.

Ford’s attempt at building an inexpensive, entry-level crossover never quite resonated with their target market. Though there are few complaints about the vehicle, the complaints so far have been relatively serious. The 2018 model is prone to a grinding or screeching brake noise. Brake noise is often a sign that the brake pads need to be replaced, but given that this is occurring in a relatively new vehicle, it could be a sign that the brakes need adjusting. Replacing brake pads and getting them adjusted can cost upwards of $250 per set.

The other common issues reported for the Ford Ecosport are:

Thankfully, the Ford Edge has remained free of major problems since around 2017. We do see an occasional blown head gasket in recent models, but it’s extremely rare, and we should point out that it can happen in any vehicle. The most common problems come from the first generation of Ford Edge which was built from 2007 to 2014. This can be caused by anything from a blown fuse to a malfunctioning sensor or an electrical short in the system. Electrical problems aren’t particularly expensive to repair, but it can take a while to determine the cause. To diagnose an electrical issue can cost anywhere from $95 – $125, which can be applied to the cost to repair it.

The other common issues reported for the Ford Edge are:

The Escape is a solid performer from Ford in a pretty crowded SUV market. There are relatively few complaints about recent models compared to those released mid-decade. The Ford escape has been plagued with transmission problems for a while across several years, and most owners who have experienced this noted the transmission seems to go out at around 70,000 miles. This leaves owners with the option to either replace the transmission or have it rebuilt which can cost anywhere between $3,000 to $5,000.

The other common issues reported for the Ford Escape are:

Ford’s Expedition is another vehicle that hasn’t suffered many mechanical issues or needed repairs in recent years. There have been reports on earlier models across several years that describe issues with spark plugs, in particular, a failed ignition coil caused by excessive spark plug gap. Symptoms of this include a misfiring engine, difficulty starting, or a rough idle. Setting the gap on a set of spark plugs is an affordable service and a pretty easy way to ward off more serious engine problems in the future.

The other common issues reported for the Ford Expedition are:

Unfortunately, the Ford Explorer has displayed so many mechanical issues during its long life cycle that it’s difficult to choose the worse one. The Explorer has been subject to numerous recalls and even the center of some class-action lawsuits. One problem we see time and time again is the transmission slipping or not shifting smoothly. If you’ve already had a transmission rebuilt it is crucial to have it maintained regularly which includes a fluid change and inspection. This can cost around $250 to perform, but it’s far cheaper than the $2,000 it would cost to rebuild the transmission.

The other common issues reported for the Ford Explorer are:

The Ford F-150 is widely regarded as one of the best pickup trucks on the market. Although that’s a difficult point of view to disagree with, the Ford F-150 has not been without its problems. One problem we see with Fords in general and not just the F-150 is head gasket issues. The most common cause of this is overheating, so if you own a Ford F-150 it’s important to ensure the cooling system is well maintained. To replace a head gasket on a Ford F-150 can cost as much as $2,800, so don’t neglect your cooling system!

The other common issues reported for the Ford F-150 are:

Battery issues have haunted Ford Fusion owners across several generations of the car with some batteries lasting as little as two weeks before needed to be replaced again! While this can often be attributed to an alternator that isn’t charging the battery as it should be, it’s not uncommon for the audio control module (ACM) to be draining the battery in the Ford Fusion. We’ve found that after diagnosing that the ACM is causing the draw, replacing it solves the Ford Fusions non-starting issues.

The other common issues reported for the Ford Fusion are:

You wouldn’t expect to see a hybrid vehicle on a list of cars with mechanic problems as they’re supposed to be relatively problem-free, right? Well, there may be fewer parts that need repair, but hybrid vehicles are not immune to mechanical and electrical issues. One problem that the 2014 models were vulnerable to was having difficulty starting in cold weather. Changing the battery to one with a higher cold cranking amps rating usually solves the issue and costs approximately $200.

The other common issues reported for the Ford Fusion Hybrid are:

The Ford Mustang is a favorite muscle car for many, and generally pretty reliable. Most of the problems and repairs we take care of seem to occur on the Ecoboost models. One particularly annoying model that affects both V8 and Ecoboost Mustangs built-in 2015 is brake squeal — impossible to live with, but easily taken care of by adjusting and re-greasing the brakes. If the problem persists, a low dust brake pad may be an option. To clean and adjust a set of brakes on a 2015 Ford Mustang is an affordable service, and replacing a set of brake pads costs just under $200.

The other common issues reported for the Ford Mustang are:

Add the Ranger to the list of Fords that are relatively problem-free in recent years as models after 2011 are one of the most reliable pickups on the market. One of the most common issues which turned out to be an easy fix was a misfire in the 2004 model. Some owners found that replacing the spark plug wires (approximately $200) would fix the problem, others had to clean the fuel injectors (approximately $200-300). Both simple and inexpensive repairs that can generally be avoided with regular preventative maintenance.

The other common issues reported for the Ford Ranger are:

The Transit is Ford’s workhorse, so as you’d expect, it’s been carefully designed to work hard without breaking down. Despite this, minor problems occur and the air conditioner not blowing cold air on the 2015 – 2017 Ford Transit is a perfect example. We’ve found that the evaporator is usually at fault and prevents the air from reaching the desired temperature. To replace an air conditioning evaporator in a Ford Transit would typically cost around $2,300.

The other common issues reported for the Ford Transit are:

#Ford
Share this story:
RepairSmith RepairSmith is the easiest way to get your car repaired. For the first time, car owners can choose to get their car repaired in their driveway or at one of our certified shops.