How To Care For Your Car: Engine Cooling System Module 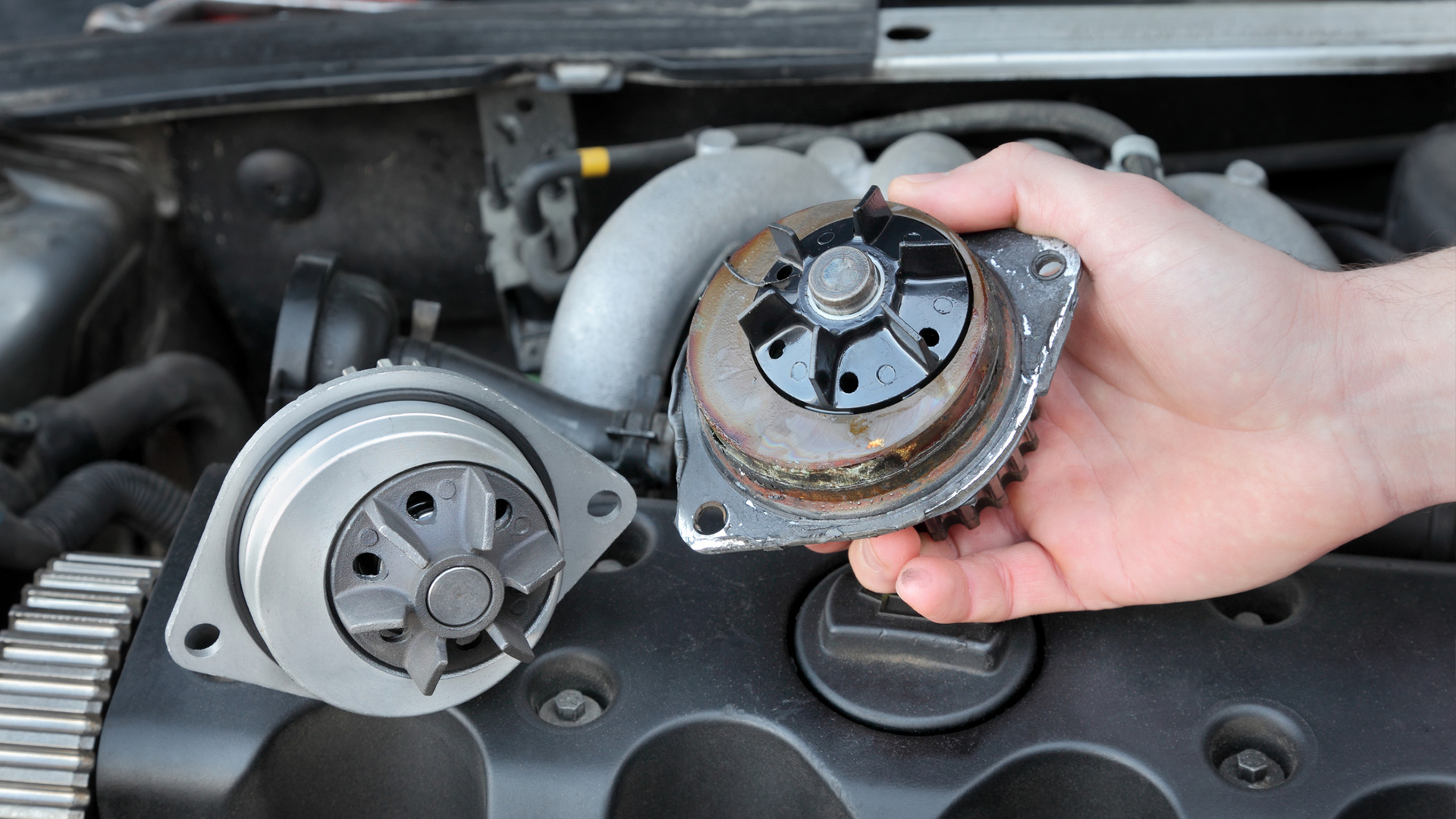 What is the engine cooling system?

A vehicle’s cooling system is the network of components that carries heat away from a running engine. Modern vehicles accomplish this using liquid coolant and water circulating throughout a complex system designed to carry heat away from the engine. There are many parts that make up a cooling system, with each major component performing a specific function:

A liquid that has heat transfer capabilities as well as anti-freeze properties. Coolant is the vehicle that carries heat from the engine through the cooling system to be dissipated to the atmosphere. The anti-freeze properties become important in cold weather — if plain water was used, it would freeze, expand, and damage many different components.

Hot coolant circulates through the radiator’s fins in order to be cooled by air passing over the radiator. Located behind the front grill, the radiator has hundreds of small fins that multiple the surface area exposed to outside air.

These can be electric or mechanical (driven by the engine’s rotation) and provide force to move air over the radiator in hot conditions or while the vehicle is stationary. The system has a sensor that detects rising coolant temperatures and commands the fan to run.

This part acts as a valve that controls the flow of coolant through the system. There is a waxy substance inside that softens at a certain temperature threshold, therefore opening the valve and allowing coolant to flow.

This component aids in the circulation of coolant throughout the system. Most commonly, the water pump is driven by a belt (either the accessory drive belt or the engine timing belt), but some vehicles feature an electronically controlled water pump, instead.

Specifically, the engine has multiple internal passages and ports that coolant travels through, absorbing heat and carrying it away. The coolant exits the engine block/head through various hoses that carry the coolant to other parts of the system.

This is another component that has many small fins that dissipate heat. However, this heat is used to heat the passenger compartment when desired, and it enters the cabin via a blower motor/fan.

The cooling system also has a variety of hoses and pipes that help carry the coolant from one major component to another with the ultimate goal of keeping engine temperatures in a safe operating range (and preventing damage to the engine).

All modern vehicle cooling systems are extremely similar. While they may involve slightly different hose routing or design of the parts, they all feature the same core components listed above. One exception is air-cooled engines, which ceased to be made past the 1980s, featured cooling fins built into the engine block that increased the surface area over which air passed to cool the engine. These engines are not utilized in modern vehicles.

An engine cooling system can fail for many reasons. Arguably the most common failure is coolant leakage, which is usually caused by age/wear or can be due to more localized damage (such as impact or contamination from an engine oil leak, which will cause disintegration of rubber hoses). Additionally, leaks are usually external, but can be internal in the form of a failed cylinder head gasket — this failure allows coolant from the engine cooling passages to be burned in combustion process. When leakage occurs, if it is caught early, a vehicle owner can often replace only the leaking component and restore normal function to the cooling system. However, if the coolant level drops too low, and the engine is run with low or no coolant, extensive damage will occur. This damage can be as minor as a thermostat’s internal wax being damaged from high heat, to issues as severe as warping or cracking of the engine block.

Cooling system failure can also be caused by circulation issues, such as an inoperative water pump, blocked cooling passages in the engine, or a stuck thermostat. These problems will ultimately lead to the engine overheating and can cause the same issues as mentioned above.

How will I know if my cooling system needs work?

If the temperature gauge on your instrument cluster begins to read higher than usual or go into the red section, that is an indication there is a problem with the cooling system. A technician can inspect the vehicle for leaks visually and can also pressure test the cooling system if the leaks are not immediately apparent. Pressure testing the cooling system simulates the high pressure that the system is under while the engine is running, without the risk of the engine overheating. This allows a technician to safely determine the source of the leak without risking harming the engine or other components.

When a vehicle develops a coolant leak, the driver may notice a sweet smell while the car is running or after parking, or even notice drips on the ground where the vehicle is parked (this depends on the location and size of the leak). If any of these symptoms are experienced, it is important to have the problem addressed before it gets to the point of the engine overheating.

When a vehicle is in the shop for maintenance, the technician visually inspects the cooling system for issues. One example of a warning sign is cooling hoses that are swollen, which is indicative of wear and imminent failure. When hoses are in poor condition they should be replaced preventatively before they fail and lead to engine overheating.

What if I don’t repair my cooling system?

It is extremely important to address any problems with the cooling system as early as possible when they are noticed. If left unfixed, a vehicle can suffer irreparable engine damage and may be rendered undrivable. Once a vehicle begins to overheat, if it is not cooled down immediately, there can be permanent damage. The engine will get too hot, and warpage or cracking may occur. The engine may even seize due to the oil losing its lubricating properties at such high temperatures, which damages an engine’s internals (and it may or may not run again).

There are scenarios where a cooling system has a very minor leak and takes a long time to reach low coolant levels. While coolant can continually be added to the system, this is not advisable; once a small leak is present, it is a weak point in the system and can quickly turn into a major leak.

If you do end up in a situation where your vehicle begins to overheat, pulling over and turning on the heat can help bring engine temperatures down by routing the coolant through the heater core and allowing the heat to be dissipated into the cabin. However, it is always recommended to have an overheating vehicle towed rather than driving it in order to prevent further damage.

Because there are so many different components in the cooling system, repair costs can vary greatly. A radiator hose or other easily accessible, inexpensive part may have a replacement cost of around $100. However, more major components such as the radiator and water pump can cost hundreds of dollars to replace. Cost is highly dependent upon the location of the component, too; some cooling system components require extensive disassembly to access, leading to higher labor costs. Cooling system repairs on complex vehicles or involving multiple components can be over $1–2000.

In some situations, it is possible and recommended to replace only the component that has failed. However, a technician may recommend replacing other cooling system parts if there is an overlap in labor for the removal and installation. Another time where additional parts are recommended is when a vehicle overheats: the thermostat should be replaced because the internal wax can be damaged by excessively high temperatures.

Many vehicles’ water pumps are driven by the engine timing belt. While the timing belt is not technically part of the cooling system, it is usually replaced at the same time as replacing a timing belt-driven water pump due to the almost complete overlap in labor. These parts are usually fairly labor-intensive to replace so doing them at the same time can save money in the long run.

As with most vehicle systems, proper maintenance is a major factor in the health and life of the cooling system. Changing out the coolant in a vehicle at the manufacturer’s recommended intervals (or even more frequently) helps to maintain the cooling system. It flushes out contaminants and old coolant (which has decreased cooling and anti-freeze properties) and renews the system with fresh coolant. Performing this maintenance costs a small amount of money on a scheduled basis that can help save money on unexpected repairs. Another way to lower the cost of repairs is to address issues as soon as they arise. Doing so can help prevent damage to other parts of the cooling system or engine. It is also important to be sure to add only the manufacturer-specified coolant to the system if a top-off is required. Mixing of coolant types can cause damage to hoses and internal seals, along with changes in the consistency and properties. Cooling system repairs are inevitable in a vehicle’s lifetime, but with proper maintenance the severity can be minimized.