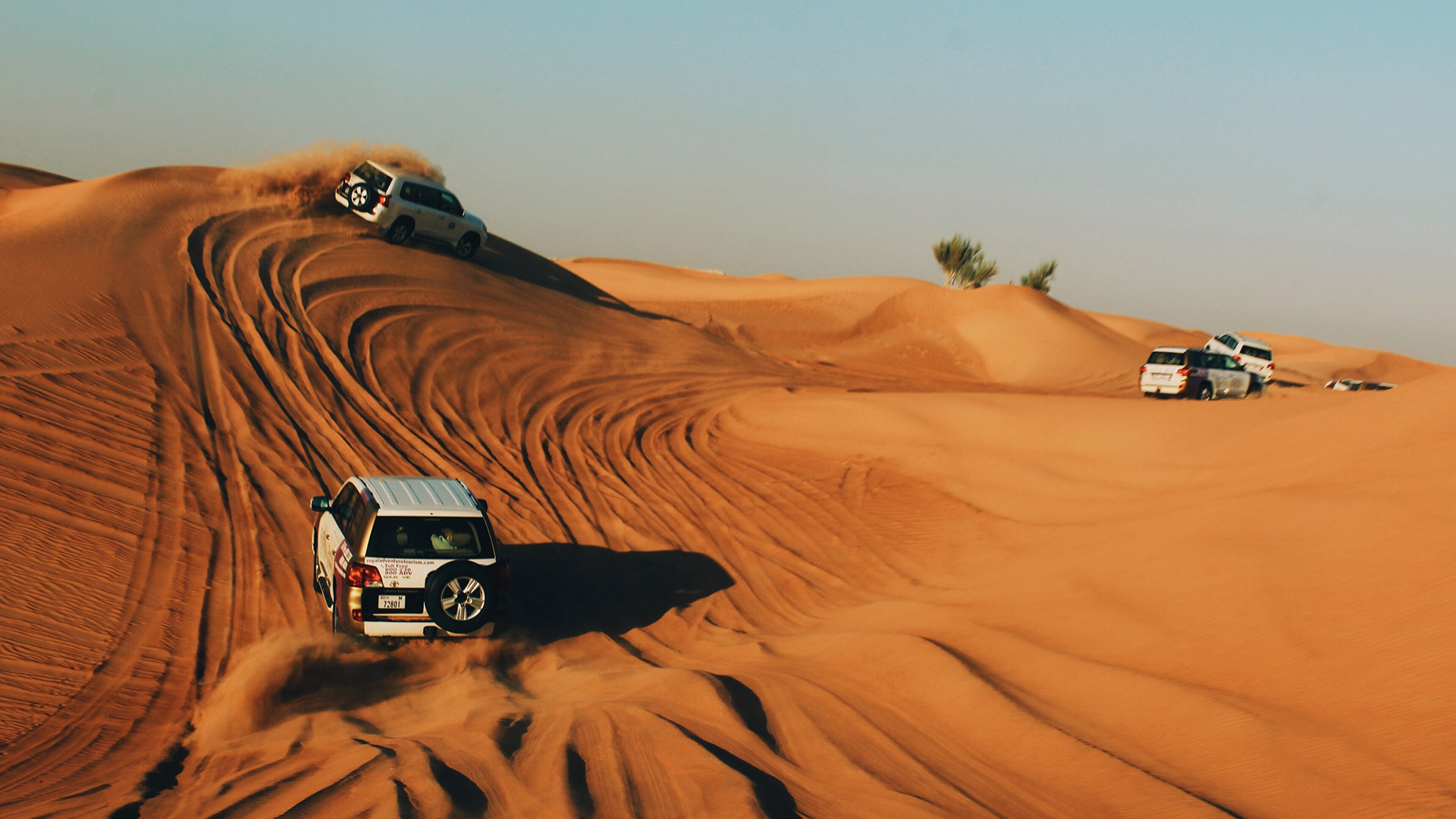 World records can come from outstanding achievements, talent, thinking outside-the-box, and even sheer boredom. Some of them require years of careful planning, while others require taking a crazy idea to its extreme. These are some of the wildest and most outrageous automotive-related Guinness world records ever set.

Tight parking spaces aren’t a problem for Austin Coulson who built the world’s smallest roadworthy car. His tiny transportation stands at just 25 inches high, 2 feet 1 inch wide and 4 feet 1 inch long. The engine was sourced from a quad bike and modified to run on electricity. Remarkably, it has a top speed of 25 mph (with a tailwind).

The front end style was inspired by the front of a Jeep. The rear end was inspired by a 1957 Chevrolet Bel Air. And lastly, the paintwork was inspired by a P-51 Mustang airplane. Somehow, Coulson managed to integrate working lights, turn signals, seatbelts, a horn, and even a tiny windshield into the car.

Hear all about the inspiration for the project and how it all came together:

Around 1.4 billion people start their day with a cup of coffee. But, did you know it can also be used to fuel your car? Before you empty your cappuccino into your gas tank, your car will need some additional modifications. The coffee needs to be heated and broken down into hydrogen and carbon monoxide and then cooled to turn it into useable fuel.

In 2010, the reliability of a coffee powered car was put to the test. A team drove a modified Volkswagen Scirocco from London to Manchester, a distance of 209 miles. It was somewhat of an expensive journey with the vehicle using a kilogram of coffee to travel three miles. This makes a coffee powered vehicle around 25 to 50 times more expensive than your gasoline-powered car.

Fastest Production Vehicle Ever Made

With almost every country enforcing speed limits on public roads, this is a fairly irrelevant world record in the real world. But supercar manufacturers are still fixated on the bragging rights of having the fastest car that money can buy.

The attempts to take this crown are not all that regular and tend to happen in stages. When the Ferrari F40 became the first car past 200 mph in 1987, the race to 300 mph began. For a while, the record was on hold while Michelin developed a set of tires that could reliably be used at speeds over 280 mph.

The main rivalry is between Bugatti and Koenigsegg with the Koenigsegg Agera RS holding the ‘official’ world record at 277.87 mph. The criteria that must be met to claim the title is quite specific. The speed limiter must be active, which disqualified Bugatti in 2010 when they hit a claimed 267 mph. A high-speed run must be made in both directions which excluded Hennessey in 2014 from claiming a record of 270 mph. Bugatti has broken the 300 mph barrier, but did so with a prototype that is not yet in production.

The footage is extremely impressive to watch:

A furry Fiat 500 from Italy has achieved the Guinness world record for being the world’s hairiest car after its owners covered the inside and outside in 264 lbs of human hair. The owners, both hairstylists, seem extremely proud of their claim that all human hair used is 100% natural.

Converting the sporty-looking Fiat in the world’s hairiest car took around 150 hours. The hair needs to be regularly cared for by washing, brushing, and trimming with the same products the owners use in their salon.

You can watch the hair-raising ride for yourself here:

For some people, doing one extreme sport at once just isn’t enough of a challenge. Take sand dune climbing, which combines a flat out drag race with off-road hill climbing. This is a particularly popular sport in the Middle East, where Nissan set the record for the fastest ascent up a 100-meter sand dune in a stock Nissan Patrol.

The sand dune had a slope of 49 degrees which didn’t provide much of a challenge for the capable Patrol which achieved a Guinness world record time of just 4.9 seconds. The Patrol had two tricks up its sleeve which helped it smash the record: Hill Start Assist and the Nissan Hydraulic Body Motion Control System, designed to stabilize the vehicle on uneven and slippery surfaces.

You can see the world record attempt in the stunning deserts of Jordan here:

When it comes to driving fast in entirely inappropriate vehicles, nobody does it better than Thailand. The record-breaking vehicle in question is a 1971 former Bangkok taxi that was bought on eBay then shipped to the United Kingdom. Close to $25,000 was spent improving every nut, bolt, and bearing on the vehicle, but the owners struggled to eliminate a particularly scary ‘wheel wobble’ that the vehicle would develop over a certain speed. The team behind the build is not resting, however, even though they’ve reached speeds of over 80mph. They plan to smash the record again by upgrading their rickshaw and setting a new world record by breaking the 100 mph barrier.

Go for a ride-along in one of the worlds fastest 3-wheeled taxis:

• Longest Time To Kiss A Car – 76 hours, set by Ernesta Hernandez Ambrosio and Jesus Juarez Vite from Mexico in 2013.

• Fastest Car Window Opened By A Dog – 11.34 seconds, set by Striker the Border Collie who used his nose and paw to open the window in record speed.