Home Blog Car Talk Car Connectivity: Is This The Future of Driving?
Get a Quote Sign In
Car Talk 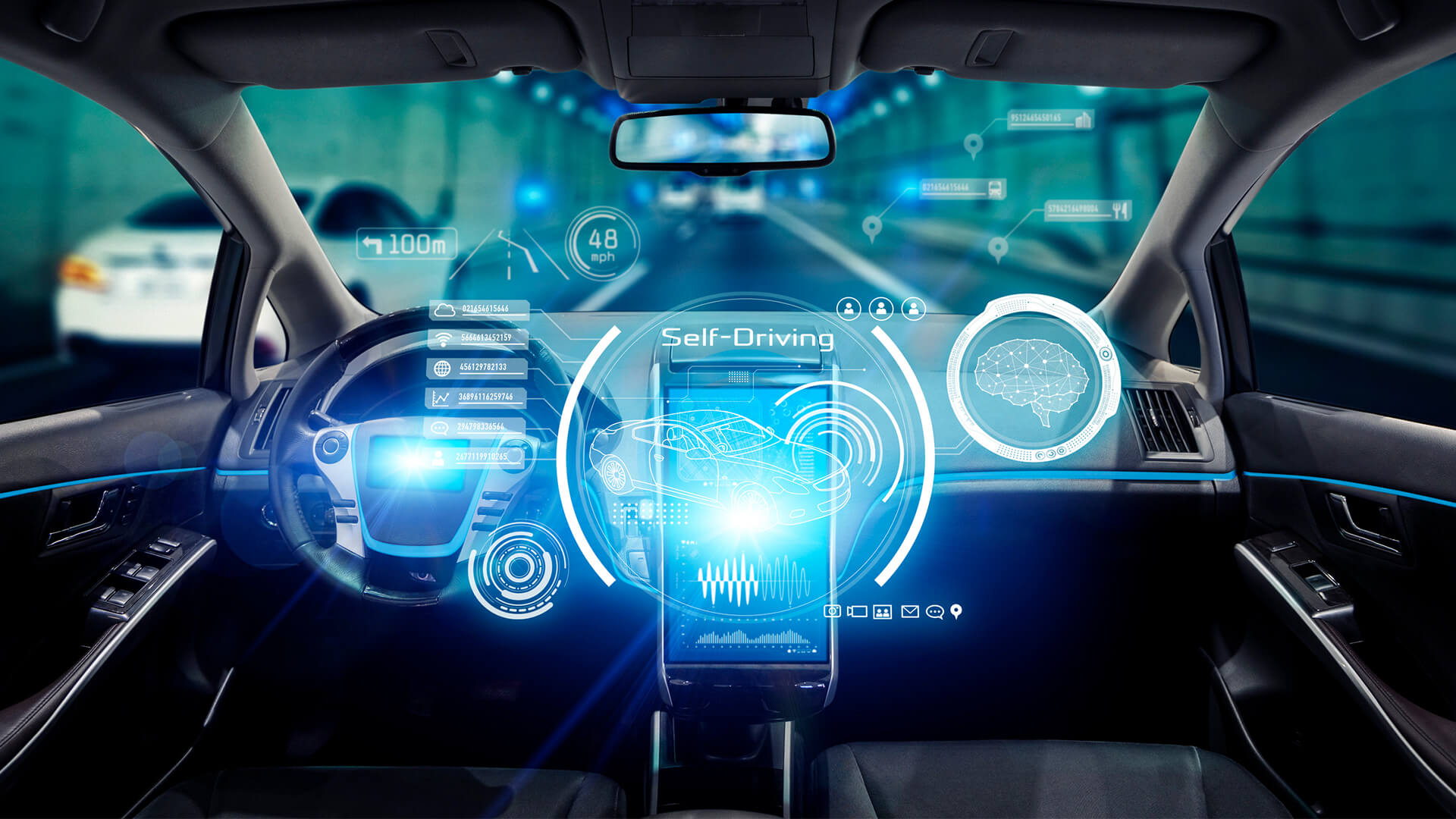 The average American driver spends approximately 293 hours behind the wheel of their car every year. That’s around seven 40 hour weeks spent dealing with gridlock traffic, tailgaters, and lane hoggers.

Things are about to get much better with software and tech companies using connectivity and artificial intelligence to make driving not only a more autonomous experience, but a completely unique and personalized one.

Connected cars are about to completely change the driving experience into something unrecognizable over the next few decades.

What Does Connectivity Mean?

The number of connected cars is growing globally, with growth of around 270 percent expected by 2022. This will mean around 70 percent of vehicles worldwide will heavily rely on connectivity features within the next two years. So, how exactly is connectivity defined?

You have almost certainly experienced car connectivity yourself. If you’ve ever streamed music from your phone to your in-car entertainment system or used GPS to navigate, you’re using connectivity. At its most basic definition, connectivity involves the transfer of data from one location to another.

The current trend in connectivity is the Internet of Things (IoT). In the broadest sense, the IoT means everything that is connected to the internet that automatically sends or receives data. By pairing connected devices with automated systems, data can be gathered and analyzed, and an optimal outcome generated.

Companies are trying to solve the challenge of how to get entire ecosystems talking to one another. As we are building smart homes, and even smart cities, the difficulty lies in getting all that technology to collect data and provide solutions to problems happening in real-time across various different devices.

When Did We Start Seeing Connectivity? What Were Some of the Earliest Services Offered?

Connectivity made its very first appearance way back in the 1930s in the form of AM radio. Aside from the addition of FM radio, there wasn’t much change in connectivity services until 1996 when Motorola teamed up with General Motors to introduce OnStar. This new system allowed drivers to connect with emergency call centers in the event of an accident.

Around the turn of the last century, the evolution of technology began speeding up substantially. Mobile phones were suddenly everywhere and could be wirelessly connected with car entertainment systems via Bluetooth.

Ford was the first to allow hands-free calling and voice limited voice recognition with its Ford Sync system in 2007. Within the next five years, in-car apps were launched. This was coupled with Wi-Fi connectively, Apple Carplay and Android Auto, and in-car navigation systems.

Where is Connectivity Headed?

Until recently, the limiting factor in connectivity was a relatively slow data transfer speed. With the latest 5G technology cutting data transfer times, the amount of data that can be collected and processed without delay has considerably improved, and the problem of latency eliminated. Humans respond to sensory stimuli in around 150 milliseconds, but with 5G connectivity, the time of gathering data and providing an outcome is measured to be approximately 5 milliseconds – far quicker than any human can react.

This is being focused in the following four fields:

None of these technologies are being developed as standalone technology because they each reinforce and accelerate the development of the other. Because of the increasing speed of innovation, cars will need to be easily upgradable.

As smart cities are starting to become part of the IoT, sensors, cameras, and beacons are being installed in key positions along with infrastructure in order to communicate with vehicles. Data is gathered and sent to the vehicle via the 5G network. Consequently, more new vehicles will be sold with car equipped Wi-Fi instead of being an upgradable option.

This improved connectivity in conjunction with autonomous cars will free the driver of having to provide 100% concentration on their surroundings, allowing them to use transit time to consume media or dedicate the time to other personal activities.

We can also expect connected cars to allow diversification in shared mobility systems. This seems to be already taking place with a 5 percent reduction in the number of young people (16 to 24 years) who hold a driver’s license in the United States, while Germany has seen 30 percent growth in car-sharing services. Fewer people are buying cars, but they are using them more efficiently to save money and reduce the overall number of vehicles on the road.

What Are Some Exciting New Services?

News about transformative connectivity tech remains scarce, but concept cars offer a hint as to what we can expect. This is partly because companies are laying the foundations that future tech will rely on and figuring out how to best manage data sharing technologies in a way that also prioritizes user privacy and network security.

Recently, General Motors, Lamborghini, and Rivian announced they’re building Alexa and Amazon into their cars. Having a smart voice assistant in a car isn’t anything new, but it is significant that two companies responsible for exploding smart home technology are now being integrated into your vehicle from the factory. This will bridge the gap between your home and car, eventually offering a seamless experience.

Most car manufacturers are offering a limited form of augmented reality display (AR). AR is a layer of data that is laid over a real-world display. Currently, it is limited to visuals, but the future will incorporate touch and sound for a more interactive experience. In the past, AR was used to add additional data to what a driver could see, but exciting new technology means it can also take data away, offering a clear, unobstructed view.

This is an incredibly powerful use of AR when a situation is made dangerous through obstructed visibility. GMC’s 2020 pickups are already making use of this with their ‘transparent trailer view’ feature. A camera offers an unobstructed view from the rear of the trailer that is superimposed over your actual view, making your trailer vanish. It is displayed right in front of you on your AR dashboard screen.

The natural progression of AR technology is inevitably holographic windshields. Current traffic and navigation information will be overlayed on top of their view to allow them to maintain complete focus on the road ahead. Street names, turn instructions, and parking areas will be displayed as the vehicle approaches. Traffic proximity predicted movements and potential hazards will be displayed, making the chance of an accident virtually nil.

Once this is integrated with autonomous cars, the windshield may even be integrated as part of the in-car entertainment system. Augmented reality games could be displayed, making use of vehicle sensors and current position to generate content.

On a racetrack, holographic windshields can display a preferred driving line or a virtual pace car. In the real world, this could be used to improve driver behavior or teach correct positioning on the road. As smart home integration improves, you may even be able to stream your favorite TV series or interact with social media.

Recently Elon Musk introduced the world to Neuralink, a Bluetooth-enabled brain implant that measures brain wave activity and connects the brain to external devices. Brain waves could potentially be analyzed by a vehicle’s autonomous system to recognize risky behavior or to warn other drivers of anticipated behaviors. With self-driving cars, this would be an automatic process.

If you’re not keen on getting a brain implant just to interact with your vehicle, the technology currently exists that can measure brain waves via a wearable headset that makes contact with a person’s scalp. Future technology will aim to make this as unobtrusive as possible. We are still a long way from seeing widespread adoption of brain-to-vehicle technology.

Although this technology has been around for a while, it’s been beefed up considerably with the addition of crash detection and GPS. A plug-in can be installed in any car that will give drivers one-touch access to emergency services. If a crash is detected, and the device is not activated within a certain period of time, GPS coordinates are sent to an emergency response agent to allow emergency services to locate your vehicle. Combined with wearable tech, your vitals could even be monitored remotely with ambulance officers able to prepare ahead of their arrival.

The integration of Alexa and Amazon has allowed payment services to be connected to your vehicle. This opens up a whole (automotive) marketplace which can easily be accessed without stepping foot outside your car. Bask in the driver’s seat as you browse a whole host of on-demand services such as ordering food, booking hotels, fuel and parking, and even get notifications of discounts and sales from your favorite stores within your current proximity.

Are We Seeing Repair Services Offered As Part Of Connectivity?

It’s already possible to buy a small device that plugs into your vehicles OBD-II port and connects to a smart app to monitor your car’s vital signs, providing maintenance reminders and alerting the driver if anything is amiss. In the future, this information may be sent directly to your mechanic who will be able to organize a quote and check on the availability of parts before the driver even realizes something is wrong.

Car manufacturers will also be able to provide information about software updates and safety recall information directly to your vehicle’s interface, without you ever needing to visit the shop. A warning light on your dashboard could be assessed remotely, and the problem diagnosed before a catastrophic failure occurs.

An important note is that as electric vehicles increase their market share, mechanics will take an increased software-based approach to car repair. Mechanics will always be needed, but car connectivity means their hands might get a bit less “dirty” in the future.