Car Battery 101: Everything You Need to Know 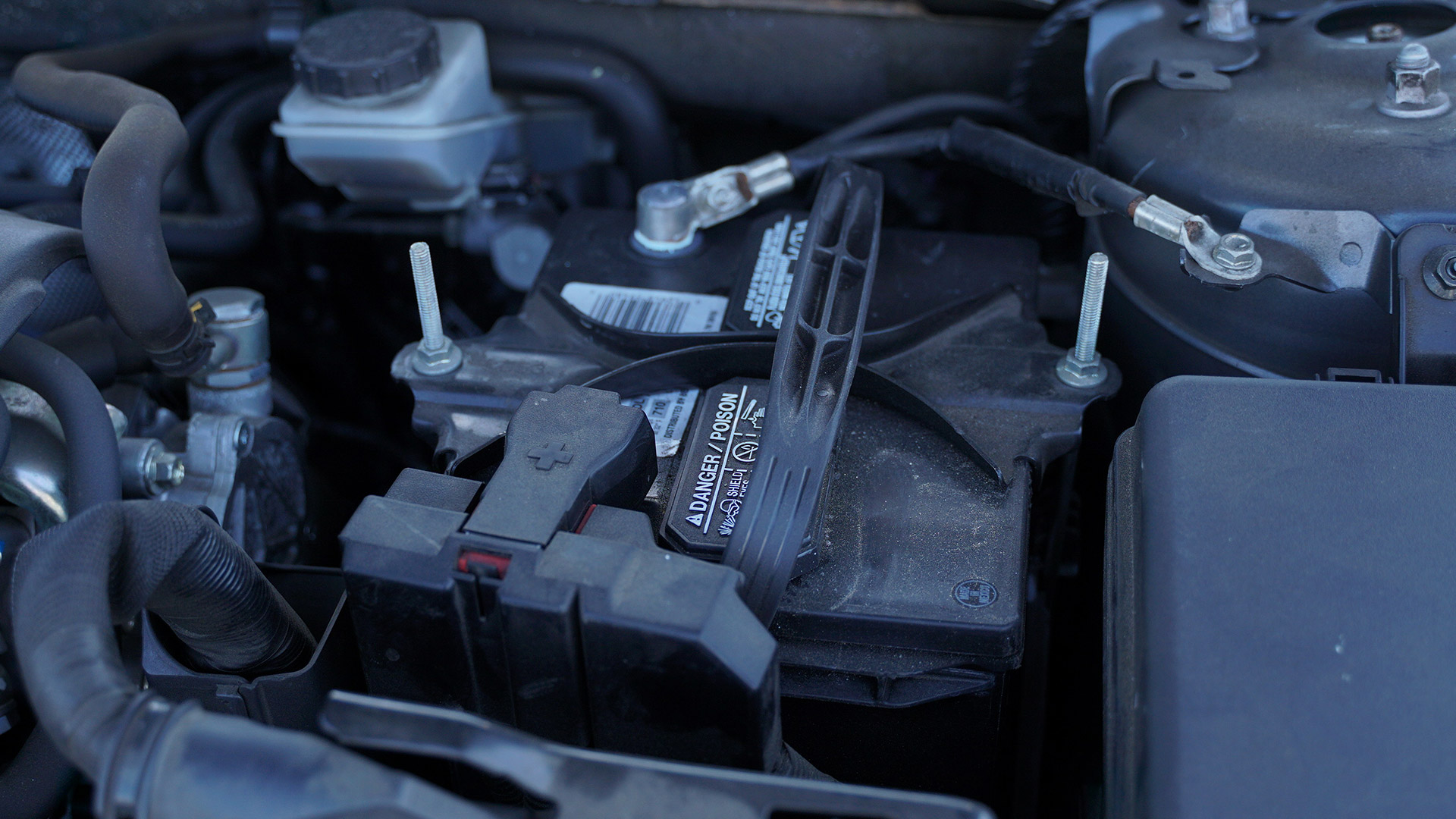 Car batteries can last for years, but they always seem to die at the most inconvenient times. In the U.S. alone, about 100 million auto batteries are replaced each year. While there are many causes of a dead battery, factory defects are rarely to blame. A little basic knowledge about how your car battery works and what to do when it fails can get you back on the road as quickly as possible.

How to Care For Your Vehicle Battery

Is Your Engine Misfiring? Here are 6 Possible Causes

6 Common Reasons Why Your Check Engine Light Might Be On

Is Your Engine Overheating? Here are 7 Possible Reasons Why

What To Do If Your Battery Is Dead?

There are many factors that can cause your car battery to die or lose charge. Common causes of a dead battery include leaving your headlights or interior lights on, charging system failure, corrosion, or just leaving your car parked for a long time. You can always attempt to jump start your vehicle if your car battery is dead, though it’s best to have a professional inspect the vehicle to rule out other potential issues.

The Basics Of Car Batteries

When you switch on your vehicle’s ignition via key or push-start, it signals the car battery to start a lead-acid chemical reaction. This delivers a short burst of electrical energy that enables the starter motor to crank the engine.

The amount of electric potential in your car’s battery is called voltage and most vehicles use a 12-volt battery. Even a small decrease in the voltage will have a big effect on your battery’s performance.

Once the engine is running, the vehicle’s charging system takes over. At the heart of this charging system is the alternator which maintains the battery’s charge. When a battery dies, it means its voltage has been depleted and is not being recharged.

Factors That Can Shorten Battery Life

Here are some of the most common reasons that can lead to a dead battery:

Signs Your Car Battery Is Weak Or Dead

How To Safely Jump Start Your Car

Once you’ve narrowed down the problem and suspect that you may indeed have a dead car battery, the next step is to safely jump start your vehicle. Here’s how:

How to Find the Right Battery For Your Car

Are all car batteries created equal? Not really, and some vehicles, such as diesels, will require a specific heavy-duty battery. To find the right battery for your car, simply put your vehicle’s details into the online Auto Battery Finder, and it will give you the details you need to know and ensure the battery will fit. You can also get an instant quote from RepairSmith or give us a call to speak with one of our helpful repair advisors.

There are five important considerations when choosing the right battery for your car:

Are You Sure It’s The Battery?

A car may not start for various reasons. While this isn’t a completely comprehensive list, here are some other common issues that may cause a car to not start, besides a dead car battery:

A faulty starter motor can be diagnosed by either a continuous or single ‘clicking noise’ when you attempt to start your vehicle. Starter motors have been known to die a silent death on occasion, however. You may also hear this sound if the battery is not quite dead, but unable to provide enough voltage to engage the starter motor.

It may seem obvious, but if you can’t remember the last time you filled up, your car may just be out of gas. If this happens, don’t panic. There are several ways to get fuel in your tank. You can call for roadside assistance or ask a friend or family member to help bring you gas in a gas can. You can also walk or Uber to a nearby gas station. They tend to carry gas cans, though be sure to confirm by calling ahead.

If you are positive that the issue isn’t your car battery, the ignition switch could be to blame. A sign that this is the cause of your problem is if your headlights turn on and illuminate as normal, but the car still won’t start.

Unlike other issues on this list, a faulty fuel pump is pretty easy to diagnose. When you start your car you should be aware of a faint ‘buzzing’ sound when you turn your key just before your engine cranks over. It will usually come from the rear of the vehicle and sounds like an electric motor. The sound is a signal that the fuel system is being primed in preparation for the engine to be started.

A blocked fuel filter will stop gas from reaching the engine. The fuel filter should be changed around every 30,000 miles on average to prevent this from happening.

When the charging system fails, the battery keeps losing voltage without being recharged. A sign of a faulty charging system is lights that get dimmer as you drive or vary in brightness and you accelerate and brake.

If you need to call for roadside assistance, be sure to go through these steps before you call them as the more information you provide over the phone, the quicker they will be able to get you moving.

How Often Do You Need to Replace Your Car Battery?

How long a car battery lasts before you need to replace it depends on a few different factors. These include:

Harsh Weather: Extreme hot and cold weather will shorten the life of your battery. High temperatures can evaporate battery fluid, diminishing the charging power and conductivity of your battery. Chilly winter temperatures place stress on your battery when starting, demanding extra power from it which can cause it to drain much faster than normal.

Your Driving Habits: Constantly taking short trips will often not give your battery time to fully recharge itself. Additionally, if your car is regularly sitting in the garage for weeks at a time and not being used, the chemical reactions that are constantly occurring inside the battery will cause it to drain.

Most batteries will last around five years if they’re cared for, but in the conditions listed above, a car battery can wear down in as little as three years. Testing a battery’s health is a quick and easy job for any mechanic, and can be done when your car is having its regularly scheduled maintenance.

Is it Safe to Drive with Battery Problems?

Once a car battery is showing signs of problems, it will continue to get worse and quite shortly after, won’t provide enough power to start your car, potentially leaving you stranded. Driving a car with battery problems won’t bring the battery back to life.

Sure you can jump-start the vehicle and if the battery isn’t completely toasted it might get you home, but if the vehicle stalls, the battery likely won’t have enough juice to get the engine restarted again. This is particularly dangerous if you stall in a high-traffic area like in the middle of an intersection.

Driving with a dead battery is only recommended if you are driving it straight home and It’s always best to get a battery replaced before any issues can arise.

How Much Does a Battery Replacement Cost?

Compared to other vehicle repairs, changing out a battery is relatively inexpensive. But how much it costs depends on exactly what your needs are, and what type of battery you buy. There are over 40 different battery types on the market, all made by different manufacturers.

Traditional lead/acid batteries are around the cheapest you’ll find and can be bought for between $65 to $130. Absorbent glass mat (AGM) batteries cost around $200 and these are better suited to powering sophisticated electronic systems in luxury vehicles. The more reliable deep-cycle batteries such as those found in RVs and boats can cost at least $200. At the top end of the market are lithium-ion batteries and these have a starting price of $1,000.

Replacing the battery isn’t a time-intensive job so labor costs are kept low. A mechanic may charge you anywhere from $10 to $100 in labor to replace a battery, depending on if anything else needs doing at the time. To save money on labor, it is a job you can do yourself, but instructions need to be strictly followed to avoid crossing the battery terminals, causing the polarity to reverse and shorting out your vehicles ECU, which can also be a problem if you select the wrong battery for your car.

Get Help From A Mobile Mechanic

If you’ve attempted a jumpstart and your car still won’t start, it’s likely the fault of something other than your battery. However, if you have successfully jumpstarted your vehicle, it’s almost certainly either the battery, charging system, or electrical system that’s causing the problem.

RepairSmith’s expert mechanics will be able to diagnose the problem and give you a clear picture of your battery’s health. Do not continue to drive your car without getting your battery checked as it will more than likely die again, putting you back at square one. Replacing a car battery is better than being stuck at the side of the road. Book an appointment today.

The mobile mechanic will look for signs of a dead battery, and check how old it is. If it’s a new battery there may be something draining the power, and the mechanic will check this with a multimeter. Once the mechanic has determined that the draw is within the acceptable range, it’s time to replace the battery.

After the new battery is put in place, the battery hold-down system is reinstalled to keep the battery securely in place. Battery terminals are cleaned and anti-corrosion is applied to the terminals before they are reconnected. If required by the vehicle manufacturer, battery parameters are sent to the powertrain control module (PCM) via the vehicle’s OBD2 port.

Finally, the battery is tested by starting the car and charging system output measured. This should be between 13.8 and 14.8 volts. This is a necessary step to ensure the new battery will recharge as it’s supposed to.