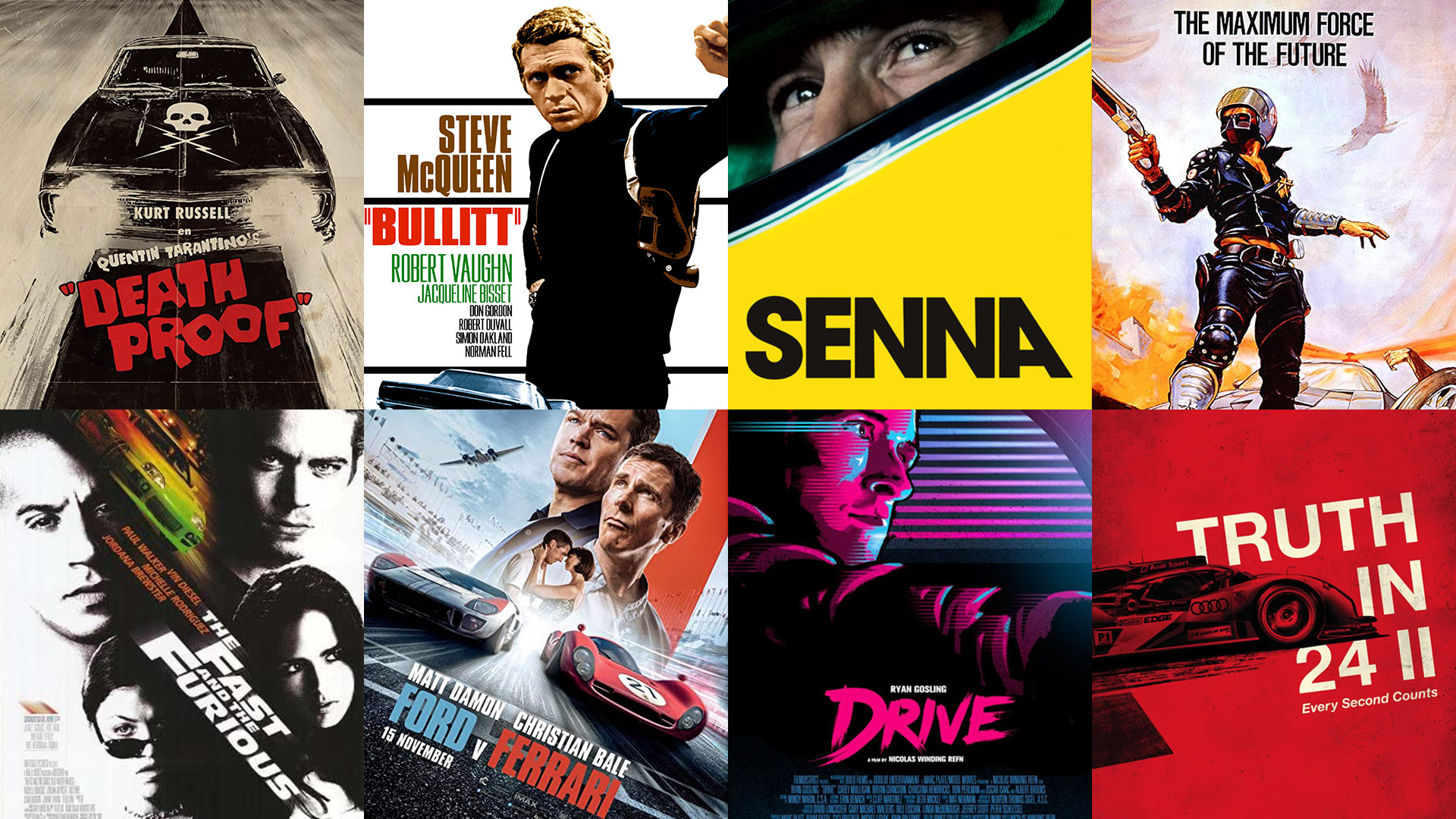 Housebound and looking for some binge-worthy car movies to dig into? Grab your popcorn and come with us on a ride down the highways of cinematic history as we take a look at some of the best high-octane, car-related movies to grace the big screen. Some are available on Netflix, others are free to view on YouTube, but one thing they all have in common is their unique portrayal of cars and the people who cherish them.

It’s unusual for big-budget movie studios to throw their weight behind a movie that simultaneously appeals to automotive historians, petrol heads, and casual moviegoers. But Ford v Ferrari is more than a movie, revealing itself to be a piece of classic Americana lifted straight from the history books and retold as a no-expense-spared, big screen chronicle.

Ford vs Ferrari almost feels like a fly-on-the-wall documentary as viewers are taken on a dramatic retelling of Ford’s triumph over Ferrari at the 24 Hours of LeMans endurance race of 1966. It’s amazing to see how the incident was born from a particularly ostentatious rejection of Ford’s attempt to acquire Ferrari as they neared bankruptcy.

The original installment in the Fast & Furious has some cringe-worthy writing and plot holes large enough to drive a car through, but it is almost single-handedly responsible for turning an entire generation on to car culture with plenty of quotes and iconic moments that still permeate the car scene today.

The story doesn’t really matter and only serves to string together a plethora of heart-stopping action, high-speed races, car chases, and insane stunt driving. The cast is almost cartoonish, but if you ignore the blatant overacting, you can see they were genuinely having fun while shooting this. As comical as this movie is, The Fast & The Furious will forever be fondly remembered by car enthusiasts who have grown up with the franchise.

Dream Racer is a largely unknown movie that picked up 10 International Film Awards, becoming the most awarded motorcycle film of all time. The viewer is taken along for an emotional ride as an out of shape and almost middle-aged racer attempts to recapture his former glory by taking on the toughest and most dangerous rally on earth, the 6,200 mile Dakar Rally.

It isn’t your typical ‘man on a spiritual discovery’ schtick, instead, it’s a raw, stripped away look at one man attempting to do something that multi-million dollar, sponsor-backed professional racing teams have tried and failed. It’s compelling viewing and a not-so-subtle reminder that life is too short to have unfulfilled dreams.

Gymkhana Seven: Wild In The Streets Of Los Angeles (2014)

Gymkhana Seven isn’t your traditional movie. For one, it’s less than fifteen minutes long. Secondly, it’s available to view free on YouTube. There are no stunt drivers in this white-knuckle ride-along with famed rally driver Ken Block who takes you along for the ride of your life through some of Los Angeles most iconic areas.

The cars in Gymkhana are as big a drawcard as the wild stunt driving. In Gymkhana 7, Ford and Hoonigan put together an 845 HP 1965 Mustang — the first to use All-Wheel Drive. Despite the relatively short length of time that Gymkhana runs for, if you watch the entire series (also free on YouTube), it’s around movie length.

This gritty Australian movie skirts around plenty of adults-only topics in its own panic-inducing and chaotic way. Almost unbelievably, at the core of the film is a tender romance, a far more brutal version of Romeo and Juliet where the main character, a young Mel Gibson, is almost entirely consumed by revenge.

But the real star of the Mad Max franchise is Max’s car, a 1973 Ford Falcon XB GT, a legend in its own right, that was dressed up to look like something far more menacing than anything Stephen King could conjure up. Of course, the fourth installment in the series, Fury Road, is a far more modern piece of cinema, but lacks the gritty and emotional urgency of the 1979 original. The car chase scenes are especially jarring – remarkable considering they were filmed 30 years ago.

Senna was a tough movie to watch, as fans of Formula 1 racing will remember watching Ayrton Senna’s final race, and the crash which cost him everything, live on TV. It was such an emotional moment that threatened to overshadow the young Brazilians brilliant career, but watching a younger charismatic Senna celebrating key moments of his life reminds us of how competitive he was, and gives us a unique look at what it takes to compete with the world’s fastest drivers.

The film is pieced together from home videos, interviews with fellow drivers and Senna himself, and professionally shot footage from his races. It comes together beautifully in an arthouse kind of way and is a loving tribute to one of the best talents that Formula 1 has ever seen.

Bullitt, starring Steve McQueen, is an absolute masterpiece. It ties action together with a cast of compelling characters and intelligent scriptwriting. It feels like it was made in a completely different era with elements that most modern-day movies lack.

You get the sense that Steve McQueen wasn’t acting so much as playing his true self. The driving and stunts are spectacular and were filmed at real speed with no cinematic trickery. If you’ve never seen it before, you’ll find there are so many scenes that have inspired more modern-day movies. The legendary 1968 Mustang GT that Steve McQueen drove in the film recently sold for a record $3.7 million.

Here are a few more amazing automotive action-packed films that didn’t quite make the cut, but are still worth checking out: