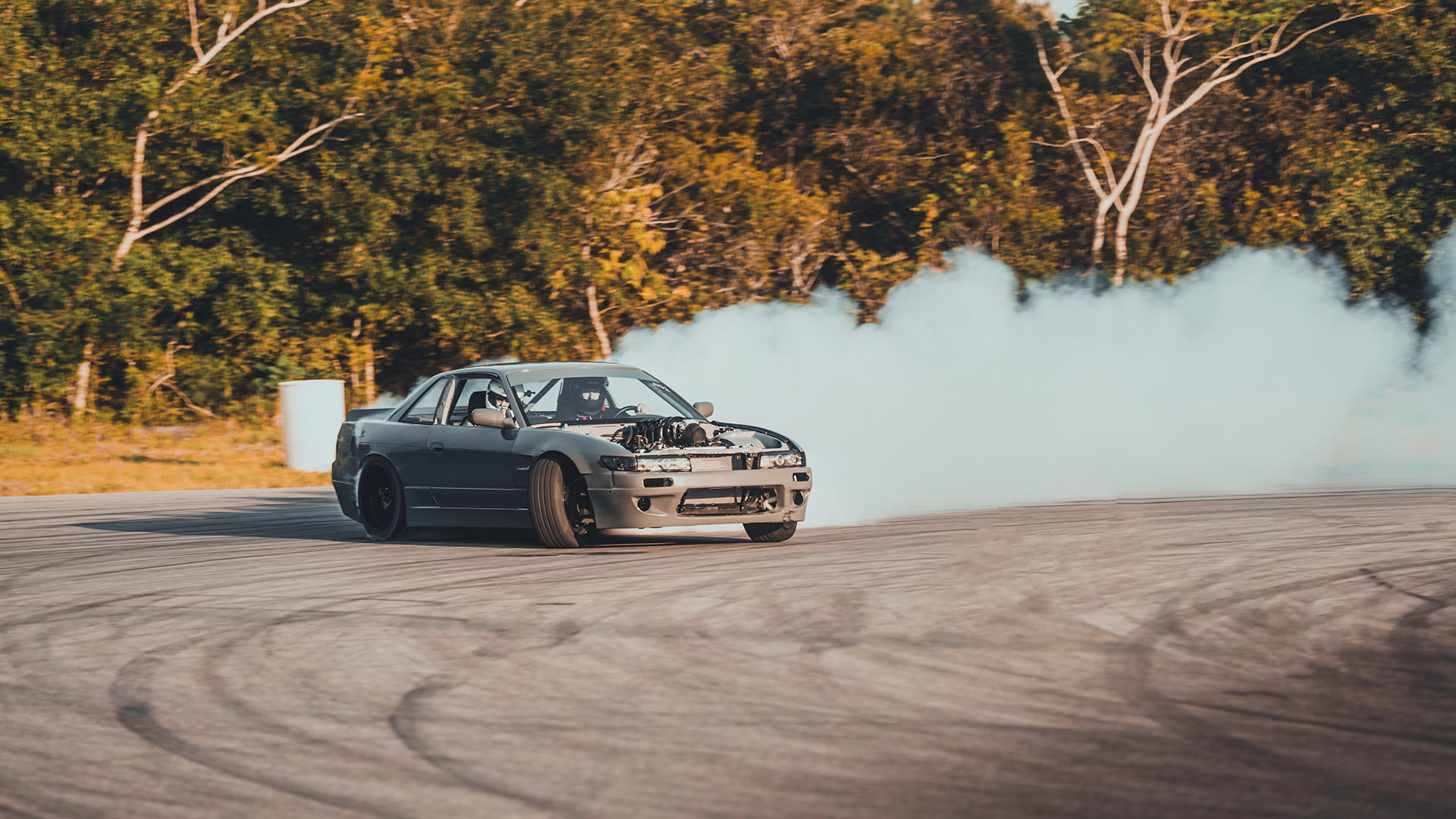 Alexi Smith, aka Noriyaro, is an Australian living in Japan since 2008. He speaks fluent Japanese, which allows us a unique look into the extraordinary car culture of Japan. For automotive enthusiasts, Japan is a virtual mecca with a diverse car culture known for taking customization to its most extreme level.

Japan has given us at least two unique forms of motorsport – drifting and touge racing. Drifting is the sport of sliding a car around a corner sideways at speed, while touge racing involves white-knuckle racing down the side of a mountain. If that isn’t crazy enough, they often combine the two sports into one race and hold it at night. Noriyaro covers Japanese car culture, and in particular, drifting and touge events in which he often takes part himself.

This mountain-style drift meet is a good introduction to the channel with a mixture of breath-taking footage and unique humor.

Hoonigan is a Los Angeles based channel that produces daily content focusing on the wilder side of American car culture. It is split into several different YouTube channels, each with a different focus.

Content on the channel is a mixture of project car builds, bizarre automotive science experiments, highlights from events they’ve hosted, and even a TV-style mini-series.  They have a semi-permanent setup at Irwindale Speedway which is laid out like a mini gymkhana course, allowing them to showcase more action style content.

An 1100 horsepower 1972 AMC Javelin proves it performs as good as it looks.

Vinwiki started as a website allowing anyone to check out a vehicle’s car history by inputting its vehicle identification number (VIN) into the site. Being a public platform, it allows anyone who knows anything about a particular car to add details to a vehicle, making it the largest public database of vehicle history in the world.

Their YouTube channel is a fascinating collection of the most interesting untold stories of people orbiting the car industry. The founder of the channel, Ed Bolian, once held the record for the fastest cross-country drive from New York to Los Angeles – the famed Cannonball Run.

Two stolen supercars, a wedding, and attempted extortion – this video has it all.

1320 video is practically the grandfather of the entire automotive content industry since starting in 2003. They specialize in covering national events such as Hot Rod Magazine’s Drag Week, which fits their ethos of covering ‘pretty much full-time race car stuff’.

The YouTube channel started as a hobby, but blew up and became a business by accident when social media and viral videos became a thing. Despite having almost 3 million subscribers, the owner always wants the channel to keep things fun and enjoyable because he just wants to go and hang out with his friends at the racetrack. 1320 focuses on covering the weirdest, craziest stories and events that we would otherwise never see or hear about.

A lot of classic cars at the Joe Hunt memorial drag race including a very clean and extremely fast turbo Chevrolet C10.

Mr. JWW is unapologetically an influencer for the cars most of us can only dream about – but he fulfills this role while being incredibly entertaining. He is fulfilling his destiny perhaps, as his father was a professional race car driver and his uncle worked for Aston Martin. His videos take us to some pretty exclusive places, including exclusive launch parties, private collections, and even give us a look at how super cars are prepared and delivered to their international owners.

Watching his content, you can’t help but feel his genuine enthusiasm for the cars he owns and test drives. His ethos is one of sharing his luxury lifestyle with the viewer instead of showing off. He owns a very respectable collection of supercars including a Ferrari F12 TDF, an even lighter and more powerful track-focused variant of the ‘regular’ F12.

If you’ve ever wondered how the rich and famous spend their free time, join Mr. JWW on the exclusive Gumball Rally for a ride-along in a rare V12 Aston Martin Vulcan.

The self-proclaimed world’s greatest car website also has possibly the world’s greatest YouTube channel showcasing highlights from their 18 years of broadcasting on TV stations worldwide. This means you can watch all of the specials, the celebrity interviews, challenges, and reviews completely ad-free.

There were plenty of unforgettable moments that came out of Top Gear, particularly in the ‘golden years’ when the show was hosted by Jeremy Clarkson, Richard Hammond, and James May. Some of the highlights include:

Richard Hammond attempts to climb a 200 feet tall, near-vertical dam in a 64-year-old Land Rover, making this one of the most nail-biting videos you’ll ever see.

Larry Chen’s Autofocus vlog channel gives us a peek at the lifestyle of possibly the best professional automotive photographer in the industry today. Chen is not only an accomplished automotive photojournalist, but an avid car enthusiast. A Nissan R32 GTR and a 1970 Datsun 240Z proudly sit in his collection.

Chen shoots a lot of top-tier automotive events including The Pikes Peak Hill Climb and Formula Drift, as well as a large range of cars such as vintage rebuilds and road-going race cars. His channel is a fascinating mixture of behind the scenes footage of major automotive events, conversations with respected car owners, and tips on how to improve your own automotive photography.

A show quality replica of one of the rarest vintage cars is presented beautifully as Chen interviews the owner about his obsession with automotive perfection.

Motortrend is one of the pioneers of car content creation, starting life as a magazine back in September 1949. Each year, they award a car the title of ‘car of the year’, with previous winners including the 1958 Ford Thunderbird, 1967 Mercury Cougar, and 2009 Nissan GT-R.

They are one of the few channels on our list that produce professionally shot and edited content while retaining the ‘fly-on-the-wall’ feel that makes amateur YouTubers so raw and compelling. Content on the channel is a mixture of off-roading, new car reviews, and classic American muscle cars.

A battle of old vs young as a 1969 Chevrolet Camaro goes up against a 2012 Camaro in a time attack battle. Is newer always better? The results will surprise you!

Doug DeMuro accomplished something many automotive enthusiasts dream about – he quit his job to focus on a career as an automotive journalist and writer. His videos are less visually entertaining than other automotive YouTube channels as he travels around reviewing interesting vehicles.

Although almost every video is simply Doug talking to a camera, his enthusiasm is infectious as he points all the ‘interesting quirks and features’ of each model. It’s a fascinating look at some of the interesting particularities that other car reviewers and journalists commonly overlook.

Is this the ultimate luxury truck? Doug reviews the Ford F650, one of the largest pickup trucks in the world.