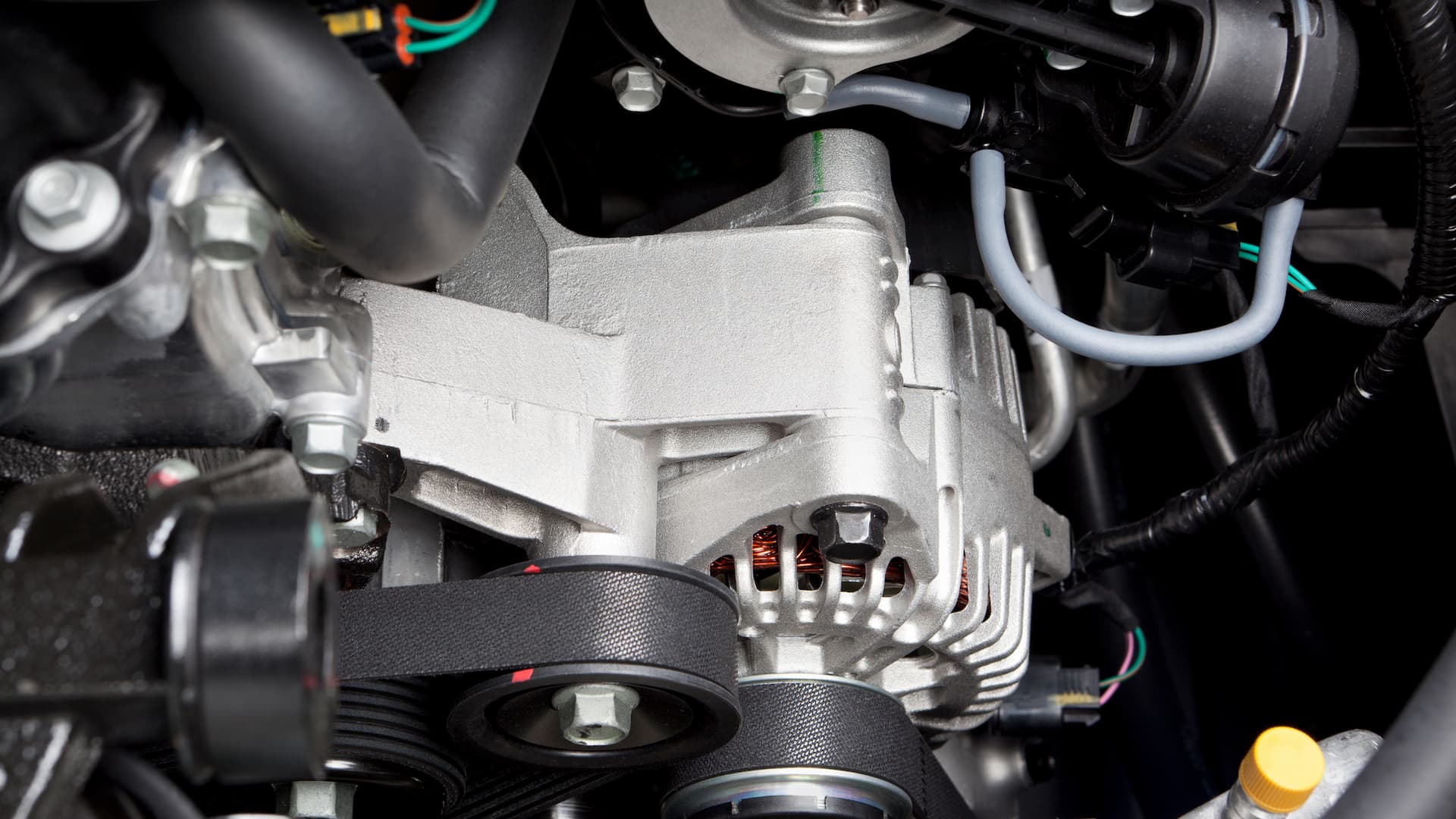 Many things keep your car on its wheels. As a driver or car owner, it is crucial that you take cognizance of this fact.

One of the key components of your car is the alternator. It is essential for keeping the energy moving in your vehicle. Without it, your car would not be able to perform a lot of its functions.

This article will explain the role of an alternator belt in your vehicle and ultimately help to answer some of the questions on your mind.

We will explore how you can identify a faulty alternator belt and the seamlessness that comes with having a good one. Let’s dive right in!

What Is An Alternator/Alternator Belt?

An alternator is best described as a power generator in your vehicle. The alternator belt is the means through which this energy transfer is done to other parts of your car. It is also known as the serpentine belt or drive belt.

Here is how it works:

Generally, it is observed that the alternator belt has a lasting cycle of 3-4 years of use. This is because of apparent wear-out during these years.

So, when you take your vehicle for servicing or when you do a regular oil gauge check, always make sure to pay attention to the alternator belt as well. It is essential to change it as early as you notice that it is faulty.

Symptoms Of A Faulty Alternator Belt

Highlighted below are the core signs of a bad alternator belt:

The alternator belt keeps the electricity that powers the interior lights of your car running so once the belt is bad, you begin to notice some irregularities with the lights.

The lights may begin to flicker or dim. This is not good, especially for night journeys. It is one of the ways you can know when the alternator belt is becoming defective.

Imagine being in motion, and the car engine suddenly goes off. That would be devastating, especially if on a highway or in the middle of the road.

A faulty alternator can be a leading cause of this scenario. When your car engine does not get enough power to ignite both the combustion and transmission parts of the engine, it stops working.

A worn-out or faulty alternator belt transmits a really low electric charge to the engine. Sometimes, it can give a super-low acceleration power if it does not cause a complete engine stop.

A faulty alternator belt makes a rattling noise sometimes. When you hear it, know that the disturbing noise is usually from a torn, broken, or misaligned belt.

While doing this, the car battery is doing everything it can to try to power the entire engine.

The alternator belt is made from rubber. And usually, when the belt is worn out, it begins to smell like burning rubber.

This is often caused by the heat generated during the continuous friction that propels the energy transmission in the car. This heat melts the rubber and hence the smell.

If you begin to smell burning rubber, it is often your alternator belt in need of a replacement, and you should reach out to a mechanic to have it looked at.

The alternator charges your car battery while in motion. Once the combustion or ignition of the car is made, the alternator takes over electric power transmission in the vehicle.

Hence, the battery has little or nothing to do anymore. And while it is at rest, the alternator charges it while powering other parts of the car.

However, it is a different story when the alternator belt is faulty. The battery now has to power your car engine while not being charged.

The battery dies quickly this way. So, one of the principal, but unpleasant ways to discover that your alternator belt is broken, is a dead car battery.

Below are some frequently asked questions about alternator belts:

An alternator belt transmits the power generated from the alternator to other parts of the car.

The belt propels the electric power generated by the movement of your vehicle to the interior parts of the car and charges the car’s battery.

Of course not. Many parts make up your car engine. The alternator belt does a significant part of supplying electricity to them, but there are also other belts serving other purposes. Other belts include the V-belt and the timing belt that work to propel parts of the engine.

As a matter of general principle, you should be looking to replace your alternator belt every 3 to 4 years of use.

You should always have your alternator belt inspected when performing routine maintenance and take note of its condition.

Once you begin to notice any of the symptoms above, it is recommended that you seek the services of a professional car repair company, such as RepairSmith, to check out the alternator belt.

For one, replacing your car’s alternator belt ensures that your battery will last longer. You also enjoy the full benefit of your car’s interior parts functioning properly.

To ensure a proper and quality alternator belt replacement, you can get the help of expert certified technicians at RepairSmith.

If your alternator belt is broken, we would highly recommend not to drive it and to have a mobile mechanic come to you. Since there is nothing to power the water pump, the car engine would overheat quickly. And this may cause the car to come to a halt and potentially severe engine damage.

So basically, you can drive an average of one hour without lights or half an hour with lights. To go a relatively extended distance, you should:

The sound of a broken alternator belt is a mix of squeal and slap with occasional knocking noises. All these are happening under the hood of the car. Hence, it can be bothersome.

The alternator belt replacement itself usually costs between $100 and $200. The alternator cost another end is within $25 to $80.

However, the cost of labor varies. It usually depends on the complexity of the alternator repair. You can find out more information about alternator belt replacement costs at RepairSmith.

There is usually no guarantee as to how long any car part would last. But you should keep your mind on changing your alternator belt at the end of the third year of use. It might spill over to year four but would have been too weak at that time. The standard time is within 3-4 years, as stated above.

Wrapping up, prevention is better than cure. The alternator belt does not go down alone when it gets spoilt. It affects a connected part of your car engine. Hence, always look to change and replace at every opportunity to have to do so.  Your car will thank you for it. The best way to certify your car’s long-term functionality is by adequate quality care and maintenance. Always seek a professional car maintenance service provider to ensure the high efficiency of your car at all times!