Home Blog Car Talk ADAS Technology: Paving the Way for a Self-Driving Future
Get a Quote Sign In
Car Talk 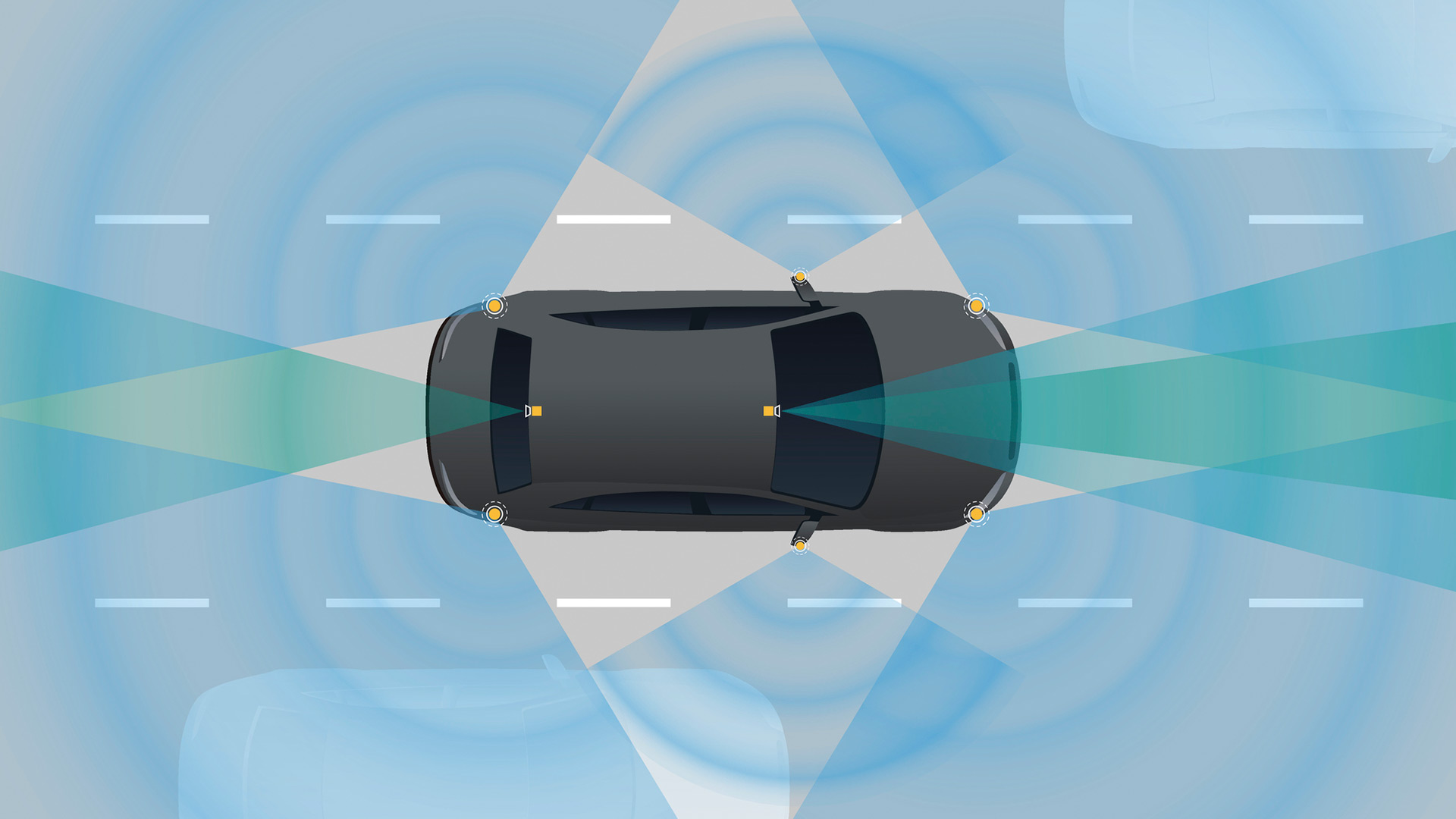 If you own a car built within the last few years, chances are, it has advanced driver assistance systems (ADAS). Although you might not recognize the terminology, ADAS features are found on nearly all modern cars. In fact, in 2018, 92.7% of all new vehicles had at least one ADAS system onboard, according to AAA.

Together, these technologies, which are now found on even entry-level vehicles, are paving the way for a self-driving future.

The Most Common ADAS Features

Now that you know your seemingly run-of-the-mill car is, in fact, a technological marvel, let’s take a look at some of the ADAS features it might include.

Human drivers are easily distracted. And automakers know this. That’s why many modern vehicles now include automatic emergency braking. The feature is designed to allow the car to brake without driver input when a potential collision is detected.

How does automatic emergency braking work? Most systems use both a forward-facing camera and a radar sensor to detect an impending collision. Additionally, several sensors are used to determine vehicle operating conditions, such as yaw rate, steering input, and vehicle speed. The information collected from these peripheral devices is shared over a computer network.

By using the sensory information listed above, the system decides when to warn the driver of an impending collision. If the driver doesn’t heed the warning, the system will automatically apply the brakes.

Once again, distracted drivers are partially to blame for the invention of lane keeping assist. Because so many people are nearly asleep at the wheel, cars now have the ability to self-steer and maintain a driving lane.

A typical lane keeping assist system uses a camera to determine lane position, as well as a radar sensor to determine the proximity of other vehicles. Much like the emergency braking system, several other sensors are used to determine operating conditions.

The information is then shared over a computer network. If the vehicle veers from it’s lane, the system uses an electronically-controlled steering rack to nudge the vehicle back into position.

A typical adaptive cruise control system uses a camera and a radar sensor to detect the preceding vehicle. Several other sensors are used to determine operating conditions. Multiple computers then work together to control the vehicle’s brakes, transmission, and engine to maintain a safe following distance.

Have you ever wished you had a second set of eyes while driving? Blind spot detection helps fulfill that desire. When you go to change lanes, the technology checks whether there are any cars next to you. The system then alerts the driver if vehicles are detected.

A typical blind spot detection system uses a radar sensor to detect cars in the adjacent lane. Additional sensors are used to determine vehicle operating conditions. The information is then shared over a computer network. If the system detects a car outside of the driver’s view, it sounds a buzzer and illuminates visual warnings.

It’s worth noting that, unlike the previously mentioned ADAS functions, blind spot monitoring is considered a passive system, rather than an active system. This is because it simply provides alerts to the driver, instead of taking any actions on its own.

The previously mentioned ADAS technologies are some of the most common. But there are many other available functions. The list includes (but is not limited to):

With so many available functions, it’s almost as if the car can drive itself. And that is the next frontier that, in some ways, is already upon us.

Everywhere you look, there’s a lot of hype about autonomous cars being just around the corner. But the truth is, they’re already here.

There are six levels of autonomy, starting at zero, as defined by the Society of Automotive Engineers (SAE). Active ADAS features, such as adaptive cruise control and lane keeping assist, rank a Level 1.

Although high-level autonomy is probably a long way off, the technology is likely to trickle down in the form of increasingly sophisticated ADAS functions. So, the next time you’re driving a car equipped with active ADAS features, remember: you’re behind the wheel of a partially autonomous vehicle.

Share this story:
Mia Bevacqua Mia is an automotive expert with over 14 years of experience in the automotive industry. Her experience includes ASE Master, L1, L2 and L3 Advanced Level Specialist certifications, and she now enjoys applying her knowledge to automotive content writing.