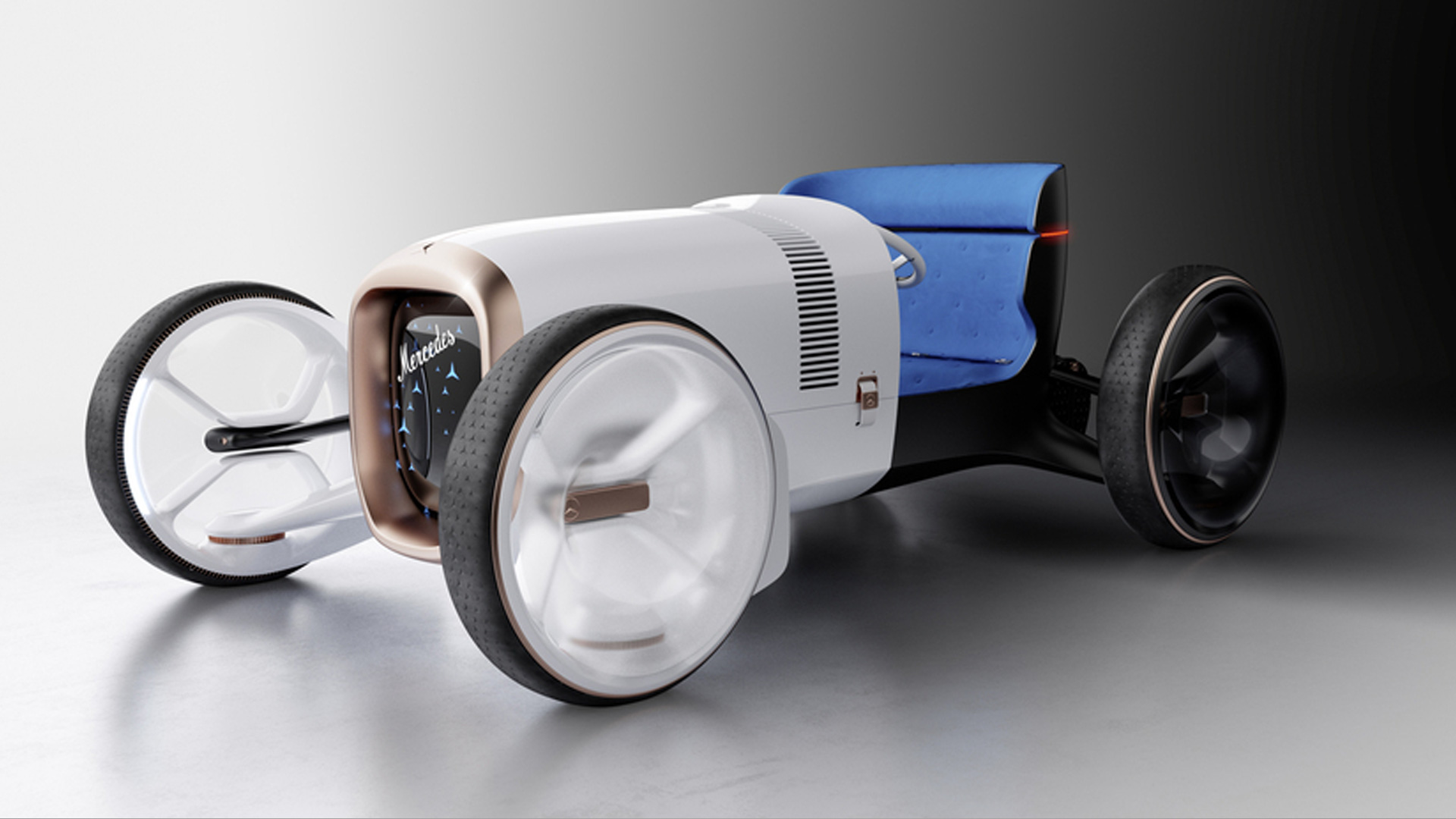 Concept cars give us a sneak preview of the direction car manufacturers are heading. They give us a glimpse of the automotive technology of tomorrow. And for some brands, it’s the opportunity to reinvent themselves and shape the public’s perception of what they are capable of.

The latest trend seems to be retro futurism – a meshing of retro styling from the turn of the previous century with space-age technology that seems radical in its function. From the grand tourer that is impeccably luxurious to the ultimate in personal city transport, these are five concept cars we wish were real.

Birthdays are usually a time of reflection, but luxury car manufacturer Bentley celebrated its 100th birthday in the only way they know – by designing an exquisite concept car dripping with an opulence that most of us could only dream of owning. The Bentley EXP 100 GT is a behemoth, at 19 feet in length which is larger than most people’s boats. Yet it somehow manages to fuse futuristic design elements with elegant, sweeping lines to mask its size.

As the oversized gull-wing doors move skywards to welcome you, any illusion that this is anything but a full-sized grand tourer is swept away and the space amplified as a combination of hand-woven wool carpet, posh leather seating and reclaimed wood finishing greets you. A glass roof gives the sense of an open-top by capturing outdoors light, sound, and air quality, filtering it through special processors to transform your journey into a holistic grand tour. These can be recalled at any moment, for example, to transform a dreary city journey into a replay of your favorite sunset cruise.

As far as personalized city transport goes, it simply doesn’t get any cooler than the wind-in-your-hair Vision Simplex from Mercedes Benz. Far from anything resembling any Mercedes-Benz you’ll see on the road today, the Simplex is a futuristic take on the very first car Mercedes ever built, and its artful minimalist styling is simultaneously retro and wild.

The Simplex is unapologetically simple in its styling, resembling more of a moving work of art than an automobile. The large freestanding wheels hark back to the 1890s by sitting outside the body, as do the leather straps holding the hood closed, the antique font on the badging, and the rose-gold colored grill. There is no automation or driver’s assistance in the Simplex which is a car that is all about the driver’s relationship with the road – and arriving at your destination as fashionably as possible.

When is a car not a car? When it’s made by a global electronics and gaming powerhouse. Sony’s first attempt at a car is part sales pitch and part straight-up flex as it showcases the latest technology to transform the humble vehicle into a fully-fledged entertainment system on wheels (and despite my earlier attempt at a joke it really is a car).

In and around the vehicle are no fewer than 33 sensors which are connected via a 5G network, ready to communicate with smart city technology and other smart vehicles for enhanced drivers support. The sensors inside the vehicle are used to monitor the driver’s health and alertness, while others are used to recognize passengers and provide a personalized entertainment experience.

The car itself has been completely redesigned to provide an immersive experience such as the wraparound front console which is made up of several different touch screens to create an ultra-widescreen. Sound is piped through individual seat speakers and Sony’s 360 Reality Audio system which creates a 360-degree spherical sound field around each occupant. This is about as immersive as in-car entertainment gets outside of virtual reality. But unfortunately, Sony has stated they have no plans to put the Vision S into production.

If you’ve ever wondered what a Japanese old-school roadster built-in 2020 would look like, Honda has you covered with their vision of how we will interact with autonomous driving vehicles in the not-too-distant future. The car is a throwback to the last century with a wooden floor and bench seat, and not much else.

The piece de resistance of this ultracool vehicle is undoubtedly the steering wheel, which is the only way to control the vehicle’s functions. There are no buttons and no pedals. Honda believes this will give drivers a more organic way of switching between the eight levels of autonomous control integrated into the Honda Augmented Driving Concept.

To wake the car up the steering wheel must be double-tapped. Acceleration is handled by pushing the steering wheel forward and braking by pulling it back. Autonomous lane changes are handled by swiping across the steering wheel in the direction you want to go. It sounds simple, but the car’s AI is constantly monitoring the driver’s input to calculate exactly how much manual control they want over the vehicle, and how much they are willing to be left to autonomous control. It’s a seriously cool concept that could possibly change how we interact with autonomous vehicles forever.

Did Hyundai just build a Porsche? That was the question that automotive journalists have been asking since the Hyundai Prophecy earlier this year. But apart from the long wheelbase and short overhang, the real similarity is how Hyundai has used clever design to convey a sense of movement when the car is standing still. Make no mistake about it, this is one of the most attractive cars ever built.

Where the Hyundai differs as a concept car is that it was designed with the hope that designers of future Hyundai models would be inspired by the vehicle and work to integrate various elements into production vehicles.

The interior has been crafted around the concept of being a living space rather than somewhere you sit while being transported. Purified air is distributed around the cabin by Hyundai’s ‘Clean Air Technology’. Speaking of the interior, it has been designed to allow light to form interesting and unique shapes that change at every angle, making the vehicle seem organic and alive.