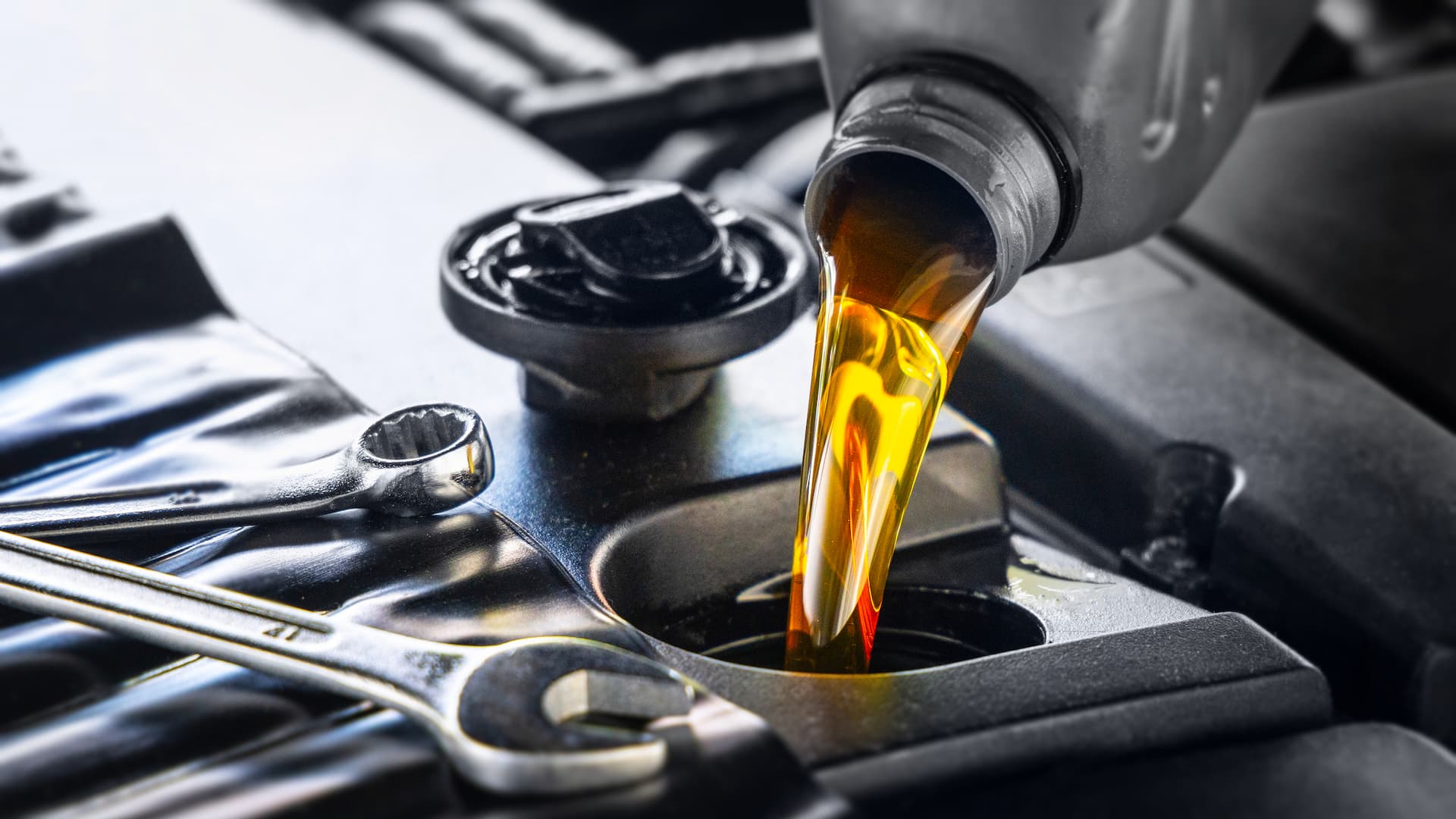 This article will examine 20W-50 oil in detail along with its uses.

We’ll also look at the answers to several queries, including what happens if you use it in the wrong engine, or if it’s good for high mileage applications.

The numbers 20W-50 follow the Society of Automotive Engineers (SAE) format for multigrade engine oil, with the ‘W’ meaning ‘Winter.’

SAE 20W-50 is a thicker oil with high viscosity at hot temperatures and is highly resistant to oil thinning. Despite being one of the less popular oil viscosity grades, it’s still recommended for a lot of automobile vehicles.

So what are these vehicles?

Its resistance to thinning at high heat also makes it popular as a racing oil and high temperature driving.

Exposure to very hot temperature settings can cause most oils to break down. SAE 20W-50 oil is made for engines that reach extremely high temperatures to lubricate various car parts — like the piston against friction and prevent varnish deposits and engine sludge.

When used in appropriate engines, it’s a far better sealant than a thinner oil like 5W-40. It provides adequate cushioning, which protects the engine parts against friction. As a result, it extends your engine life and prevents engine wear.

However, keep in mind that 20W-50 is a thicker oil that is only recommended for certain vehicles.

Always refer to your manufacturer’s manual and speak to your mechanic before switching to a heavier oil for your car. Using the wrong oil can have detrimental effects on your engine.

Now, let’s take a look at some other related queries about 20W-50 oil.

Here are some of the most frequently asked queries about 20W50 oil and their answers.

In the wrong engine, it can lead to sludge, excess friction, varnish deposits, problems with oil burning and oil pressure, and even affect your engine life.

Most modern car engines are not well suited for heavier oil like 20W-50, and it can damage your car’s catalytic converters.

20W-50 oil does not have a reliable low temperature viscosity grade. It won’t perform well in cold weather and will deliver below-average cold starts.

However, as long as you’re following your vehicle manual and using the right viscosity oil for your engine, there’s no need to worry. Just remember that you cannot expect faster oil circulation or cold starts from a heavier oil like 20W-50.

It depends on which oil viscosity you compare it with.

Compared to a higher viscosity oil, like 20W-60 or even 30W-50, all three are thicker oil grades with high resistance to thinning at hotter temperatures.

These will adhere to your engine well, even under high oil pressure, and lubricate your engine parts without losing effectiveness. They’re all ideal for heavy-duty, high-performance engines.

The less viscous oils can work in cold weather as low as -52°F and provide faster oil circulation within the engine. However, 20W-50 oil requires an operating temperature of 68°F or higher to function properly.

20W-50 is only used for certain older vehicles or worn engines that require the extra cushioning of a high viscosity oil.

Other than that, it really isn’t a high mileage oil.

This is because 20W-50 is a thicker oil, and the added resistance can cause further engine wear and damage to both newer and older vehicles.

Besides, switching up to 20W-50 oil in older vehicles won’t result in any noticeable changes in your gas mileage or fuel consumption. It will likely do more harm than good.

Look for a specialized high-mileage oil instead if that’s what you need.
Speak to your car mechanic for the right oil for your car, and they can help you out.

Both 10W-30 and 20W-50 engine oil are used for heavy-load diesel and gasoline engines. However, the latter is a thicker oil when compared to 10W-30.

If your car specifically requires 20W-50 oil, it’s best to stick with it. Switching to a thinner oil can result in insufficient lubrication, oil leaks, and even engine deposits.

While some engines may be flexible in terms of their required oil viscosity, it’s best to stick to the recommended oil for your car.

5. What Happens If I Accidentally Add 20W-50 Oil In The Wrong Engine?

20W-50 motor oil is a great high-performance, heavy loading oil that holds up well in extremely hot climates. However, in the wrong engine, it can cause serious problems that may potentially void your car’s warranty.

If you use 20W-50 oil in an engine that requires 5W-30, for example, you won’t notice any immediate engine damage. But your vehicle will experience engine wear each time you start your engine at a low temperature.

Your engine will also consume more energy to pump the oil from the oil pan to the rest of its parts, increasing your oil consumption. You may also face problems like engine sludge, oil burning, and low oil pressure.

This can lead to several problems like engine noise, oil leaks, a burning smell from the engine, unnecessary engine noise, and reduced fuel efficiency.

20W-50 oil is available as synthetic as well as conventional motor oil.
You’ll even find it as a synthetic blend variant.

Fully-synthetic oils are also known for increasing your gas mileage by reducing the car’s oil consumption. While you may pay more for this oil, you’ll get longer oil change intervals in the long run.

Motorcycles, high-performance engines, and heavy-duty vehicles with a higher operating temperature benefit from the thickness of 20W-50 motor oil.  Its cushioning capacity protects the piston and other parts against the added friction some engines face.

However, irrespective of if you use 20W-50 or something else, a regular oil change is essential for healthy engine life.

For this, look no further than RepairSmith.

Contact them for an appointment with their ASE-certified mechanics today!